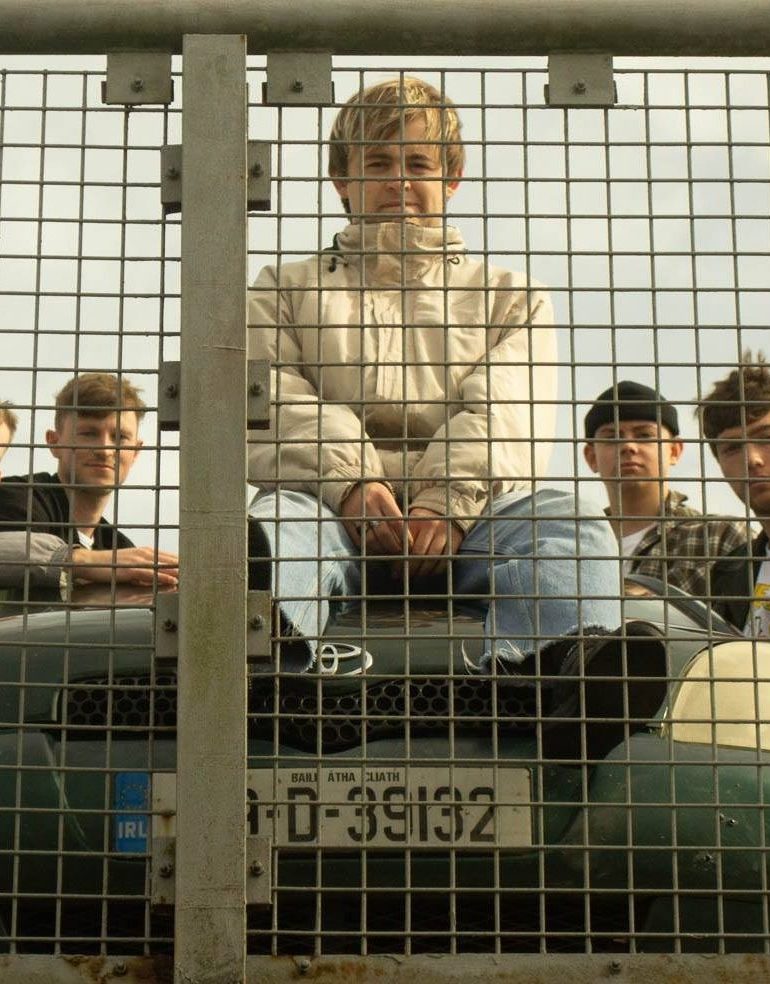 “I don’t believe in God, I believe in myself” declares Turnstiles‘ Callum Mitchell on Same Old Stories, the latest release from Galway’s most ambitious young band since The Clockworks landed in London and talked their way onto Alan McGee’s Creation23 label. It is an ambition backed up in droves by hard work, talent and taste. In the space of about two years Turnstiles have moved from playing packed house gigs to organising their own popular nights in Club Aras na nGael to winning the Star Nation band competition and headlining venues like the Róisín Dubh and Whelans. Along the way they have amassed over 100,000 streams on Spotify with a series of blisteringly excellent singles – Wasting Away and Moving Forward introduced us to Mitchell’s Streets-esque ranting word-smithery and the band’s relentless energy while Tantrum (this writer’s personal favourite) showed an incredibly clever and artistic side to their songwriting. Earlier this year they put out the scathingly nonchalant I.D.C and have recently followed this up with Same Old Stories, a typically high energy, catchy and interesting single from the punk five-piece.

There is a righteous disillusion and an honest poetry to everything Turnstiles have done so far. Same Old Stories continues in this vein, heart-on-sleeve passion and clever angles included, and it would seem the band need hardly try at times to deliver material that sets them apart from their contemporaries. Even still, one gets the feeling that they are saving the best of their current crop of tunes for later. This is a band with more in the tank, thankfully, because they are definitely going places.