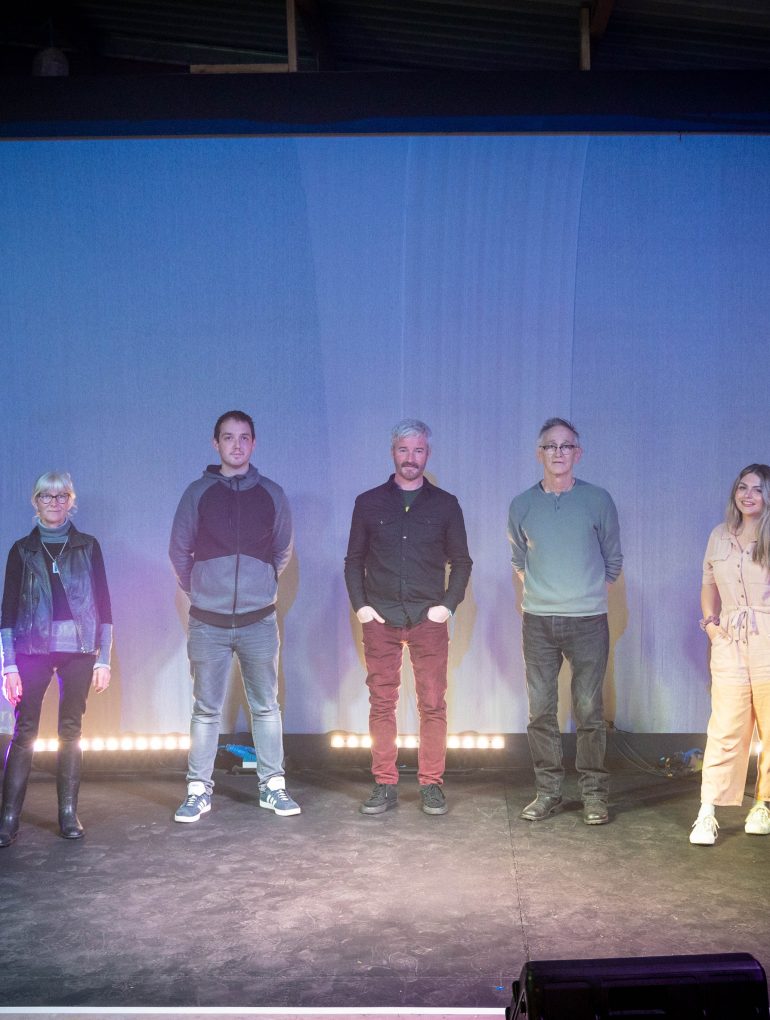 Treehouse Collective: “We had to set a high bar and stick to it…”

Treehouse is a production collective formed during the summer lockdown by noted South Donegal musicians Keith Mannion (Slow Place Like Home / Gaze is Ghost) and Patsy O’Kane (Cantinita / The Wild Herrings). Over the past few weeks they have been putting out high quality live recordings from some great artists such as Ego the Jackal, Alan Finan and Reevah. We caught up with Keith to find out more…

How did the idea for Treehouse come about? Can you tell us a bit about the history and thinking behind it?

The origins of Treehouse came from a desire to establish a place for original live music and to facilitate creatives and their work in South Donegal. For the past six years there had been a series of live performances in the venue – they were annual events, simply known as Shed Shows. These spectacles were not without purpose or reason. Whether it was to prepare an act for the circuit tours or an album release, or just to get a project up and running. It just happened to coincide with a few birthdays!

Hence, as we arrived into lockdown and our personal lives and careers took a beating, both Patsy and myself spoke about creating something in the work space. Something a little different to what was done there before. I mentioned that I would like to perhaps perform a Slow Place Like Home set for recording sometime in the summer months. If for nothing else but to play again. But as we continued to flesh out an idea (and with no sign of ever going back to live shows), we felt we had a nice tidy collective who just might buy into a project that was a little more ambitious than a one-off taping.

So off I went around the few friends that had worked (and played) on previous shows to see if they wanted to participate and described the basics in mind. Back then we were all proverbially spinning plates with one hand, so it was nice to see the enthusiasm returned.

We wanted to get people back working in an industry they loved and artists back performing again!

We wanted to get people back working in an industry they loved and artists back performing again!

Your recent live videos have been great quality – what did you do to upgrade your setup and venue over lockdown?

Thanks, that means a lot to us all! Both Patsy and myself spent dawn til dusk on a stage build and the gradual transformation of a workman’s shed into a studio. So we basically began the process from scratch. Everything in and thereafter were mere add-ons, to facilitate the sound system and the need for projectors and a lighting rig for visuals. Having a very professional-minded crew in our collective meant that every role, from camera work to sound to post-editing, was achievable within the group. We had to set a high bar and stick to it – otherwise, there would be no point. Maintaining standards is one of our goals.

It takes a huge amount of self-motivation and teamwork to get something like Treehouse off the ground – what have you learned along the way and is there any advice you’d give to people thinking about doing something similar in their own community?

We are learning as we go, along with developing new skills. Everyone in the collective has a role. Or multiple roles. Ultimately, Treehouse consists of members of three different bands… Slow Place Like Home, Cantinita & Nowonos.

Moving to the other side of the production cannon, we have managed to operate under a very stressful period in rural Donegal and I can only but commend the team here. They put in a lot of time they did not have in and around their private commitments. I’d like to think the results reflect the hard work put in!

Treehouse has presented two excellent live recordings of Ego the Jackal and Alan Finan so far in the series – who else have you got lined up to play?

Well, Reevah just played this week (Oct 13th) and the first run reaches it’s finale this Saturday 17th with Mirenda Rosenberg, closing the curtain on what we see as a nice tidy run.

Of course I have more lined up but the seal is unbroken on that envelope I’m afraid. We also have more shows in the can from some summer shoots and hope to broadcast it before, or around, Christmas time.

There seems to be a bit of a renaissance of original music in Donegal over the last few years… is that accurate to say or has there always been a strong original scene up there? What, if anything, has changed in recent years?

As it happens, we are closer to Sligo here than, say, Letterkenny. So it’s all very rural and sparse, in terms of scenes and collectives. There was always a strong fiddle tradition up here but for original music, we lack venues for that to thrive. There is a wealth of musicianship in the county, that is without doubt, but it still involves copious amounts of cover bands. Only a few venues give original music breathing space and the circuit-grind doesn’t really happen in Donegal, bar maybe people like Jeremy Howard’s input in the RCC, for example. Gives us a break from the hellish 12 bar blues-rock fascination up here!

Who are some current Donegal acts you think people should know about?

I am sure there are loads of acts I could mention here, but I’ll only mention two I have worked with recently:

Foreign Owl are a very interesting 3-piece from North Donegal, who once played with my own band (Slow Place Like Home) in Derry. They had a great songs, ferocious sound and wonderful technique. I have tried to keep in touch but it’s a big county… with shit bog-net!

Aul Boy from Ramelton & Letterkenny, have me reminiscing early Smog albums, with just an added pinch of Mark Ibold bass tone. I hope they keep developing their sound and ideas, or we’re screwed for original content in Tír Chonaill.

Tune in to the Donegal County Council YouTube channel this Saturday (October 17th) to catch the final episode of the current crop of videos featuring innovative American (Letterkenny based) songwriter Mirenda Rosenberg.