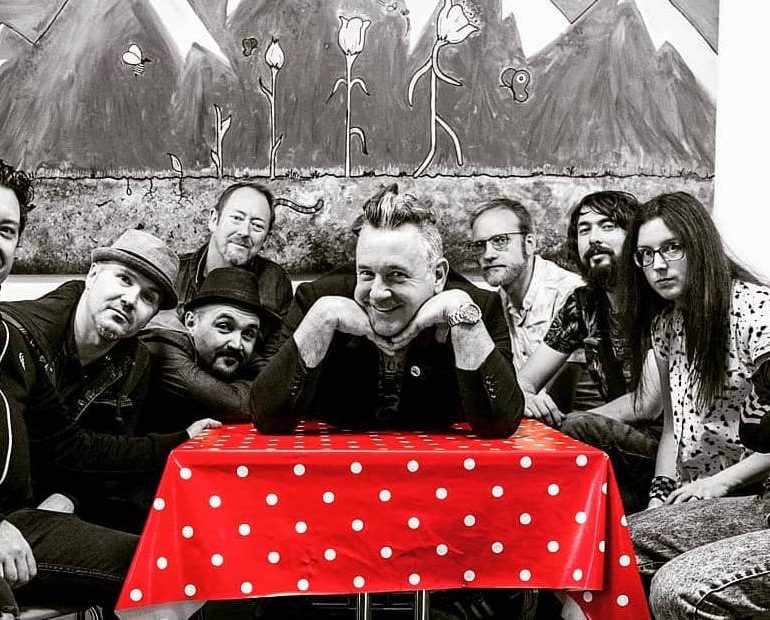 Own Your Spectrum is the heart stopping, floor stomping new track from Pontious Pilate and The Naildrivers

Pontious Pilate and The Naildrivers, have been writing, performing and independently releasing their own music for a number of years now, to a loyal and growing audience. Now, in association with FIFA Records, comes their latest single ‘Own Your Spectrum’, taken from their full-length debut album due out later this year, “Kick The Megaphone”.

‘Own Your Spectrum’ is a heart stopping, floor stomping, smashing a bucket of ice cold water in your face, take on the internal arguments and conversations most everyone has, but not necessarily has the answers to. ‘Own Your Spectrum’ is about owning your own oddities and being okay with your own unanswered questions – stoic but not stupid, and sees the 9-piece outfit throw it straight into sixth and floor it.