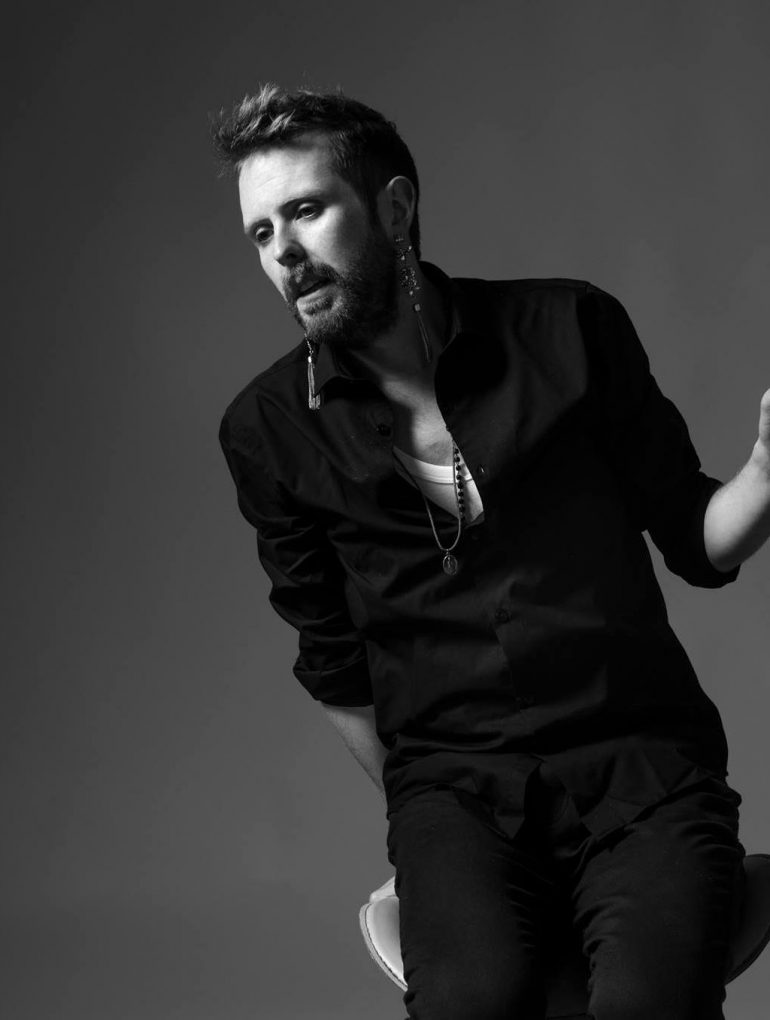 This double A-side single – available digitally and on 12” vinyl – is the debut release from EMR and there will be an opportunity to see a live performance of the track when four of Ireland’s most glamorous drag queens take to the stage in Disco Utopia, an online show produced through Fringe Lab, a Dublin Fringe Festival initiative.

This debut release showcases the outrageously talented Steven Sharpe. “I first saw Steven perform this song at Galway Arts Festival with his band,” says Mark Graham. “I was just knocking around town, taking in a few gigs. Next thing this svelte ginger bearded young fella in a sequined cocktail dress saunters onto the stage in The Roisín, and proceeds to tear the place apart. I immediately had three questions: ‘Who is this fella?’, ‘Why have I never heard of him before?’ and ‘will he let me remix that track?’”

Steven’s song WORK is an embodiment of everything that Leo and Mark want the label to stand for; a label people can go to for quality music and get excited about a new release without necessarily being familiar with the artist.

It’s important that the tunes are irreverent and fun, with a serious emphasis on thump and danceability. The term ‘banger’ has been overused and abused in recent times – Electric Mayhem Records are here to reclaim it.

“A big hope of ours is to showcase new Irish talent, bringing it to as many ears as possible, and maybe rejig some established talent too. To bring like-minded musicians together, create quality music, make sure everyone gets fairly treated, and have some fun while we’re at it,” is how Leo sees the record label working.

One of the things that attracted Mark and Leo to working on these remixes with Steven, and something they hope to repeat on future releases, is the enjoyable duality of being simultaneously silly and subversive.

Steven Sharpe says that while he wrote WORK about “over/under sexed, outrageous for the sake of being outrageous, gay people who are just a series of catchphrases, almost a caricature of themselves”, he eventually realised he was writing the song about himself. “I’ve said and done some scandalous things for attention on a night out,” he laughs. As for working with Mark and Leo, Steven says “It’s been class! An absolute joy. The song WORK keeps changing, first doing it solo, then with the band and now there are two awesome remixes. I wanna see a drag queen perform it and I’ll die happy.”

Well, Steven will indeed die very happy because not one but four drag queens will perform it with him live online in advance of the full release. We haven’t emerged from the isolated dark days just yet, but there is light at the end of the tunnel, and Electric Mayhem Records are here to hang a mirrorball next to that light.

To purchase the sexy blue vinyl 12” of WORK and HARD WORK (or the plain old digital versions) after release go to – electricmayhemrecords.bandcamp.com. For more details on Disco Utopia go to – www.instagram.com/disco_utopia