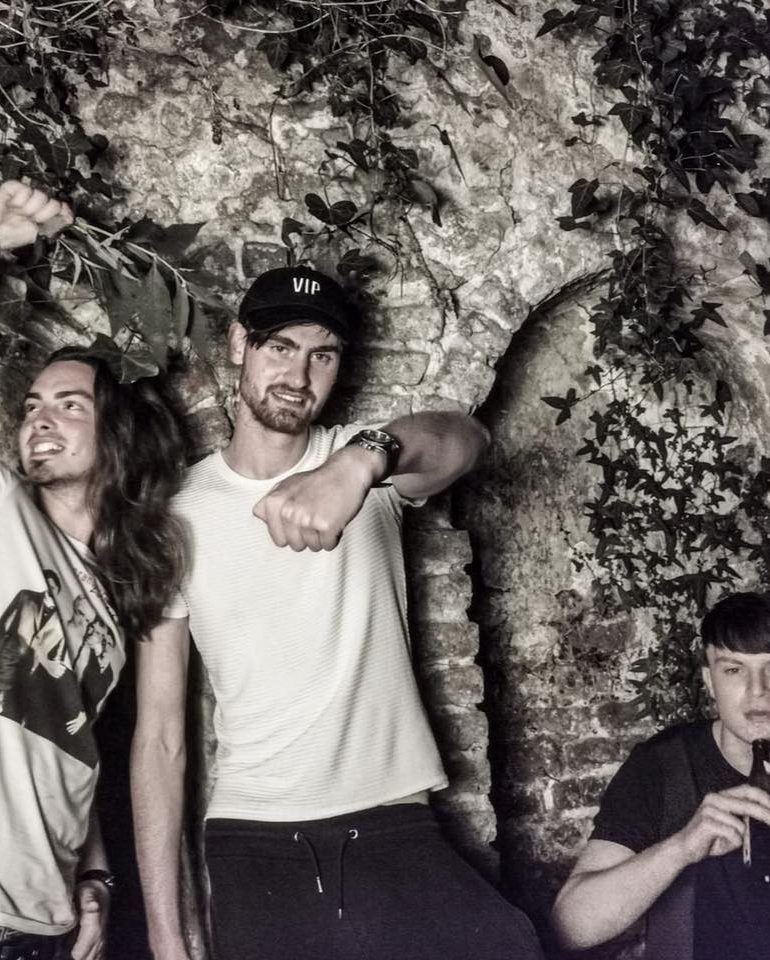 Static Vision: “You don’t hear the acoustic guitar much anymore in songs, which is disappointing”

Another week, another article about a Limerick band. To be fair they’re knocking it out of the park down there in all genres right now. So why not. This week it’s Static Vision with their brand-new single Casanova. From the very moment the first strum of the acoustic blasts through the speaker I’m enthralled, it’s a little bit The Jam, a small bit The Buzzcocks and a whole lot of what I’m into. Since seeing Static Vision at the Turnstiles Free House gig, with a line-up of Turnstiles, Field Trip, Van Panther, in Aras Na Gael here in Galway I’ve found myself more and more drawn to what it is that they are doing. Each track is different, they’re just not content to stick to one genre in the punk rock sound, jumping between, garage punk, acoustic punk and just plain noisy jump about the place pure punk. As they say themselves…

We didn’t want us to bring out another heavy song. We find it boring when bands or artists get too predictable with their releases. We want our music to be refreshing and different with every release and we feel ‘Casanova’ is a great introduction to that.

Casanova see’s the pace slow down a small bit compared to their last release, a remastered version of early fan favourite I Want You. Casanova focuses on lead man Cian O’Dowd’s vocal and acoustic guitar over Toby Shane’s soft yet energetic drum fills and Tom O’Dowd’s low-key bass line sitting nicely underneath it all. It all comes together to create a track with sense and passion, one that shows a different side of what Static Vision are about, while still maintaining their core punk sound. I managed to get a few words from the lads about the track, their influences and how engagement with audiences has changed the year of global breakdown.

How’s the pandemic been treating you?  has it effected the musical process at all?

A. The pandemic has been very hard as it has been for any band or artist at the moment. It’s probably the worst time in history to be a musician haha. The only way you can make an income or a living from it these days is from playing live gigs and the fact that you can’t even do that does get us down. But everyone else is in the same boat and we are optimistic that when gigs come back (if they ever do in this country) there will be a huge demand for live music especially for people to want to see a live band play. Musically though we never stop writing and working on our sound. It’s gonna take more than a world pandemic to slow or stop our musical process!

Anyone who listens to your work might get a sense of early 80’s UK punks such as The Clash, The Buzzcocks and The Jam, especially on this new track Casanova. Is this an era of music that you find a certain kinship with?

A. As a songwriter those bands would be a huge influence for me. To me the late 1970s was the best era in music. So many great bands from then. What’s funny is when I wrote the song “Casanova” I was 16 when I listen to it now I do hear the Jam “That’s Entertainment”. I always loved how the acoustic guitar rang out in that song and the way it had such a tight rhythm played throughout. You don’t hear the acoustic guitar much anymore in songs, which is disappointing. I loved it when The Pixies and The Jam used an acoustic guitar in their songs. Tom and Toby were so tight together as a bass and drummer on “Casanova” it made the song for me.

I saw you at Aras Na Gael here in Galway at the free house gig with Turnstiles and Van Panther and Field Trip, and you’re a dynamic band live lots of crowd interaction, How have you found connecting with an audience without the gigging?

A.The only way nowadays you can connect to an audience is through social media which just is what it is. I do enjoy keeping our page active and by trying to be as engaging as possible but we do just miss live gigs so much at this stage. Seeing your followers in real life instead of behind a screen would be much better of course. Hopefully people who follow us do find our page to be a bit of craic, that’s our intention anyway.

As a band how’s the rest of the year look for you guys, what’s the plans?

A. My brother and I have moved back home and we are currently setting up our garage as our new practice space. Our drummer Toby doesn’t live too far away so we are gonna be able to get back jamming soon and working on our sound as much as possible. We have lots of new singles recorded and we are going to be bringing them out in the meantime also with some videos done by our friend Louis Walsh. We are so passionate about this band and becoming the best in the world that it’s an exciting journey to be on. The most important thing though is that we’re just having a lot of fun. We’re just making these videos and music for ourselves and if people like it it’s a great bonus. Also being part of Blowtorch Records is a blessing. They are so genuine and passionate about the music we play and love that it brings us even more faith in the future that we will bring back what’s been missing in music for a long long time.

Static Vision’s Casanova is out now and was released through Blowtorch Records.