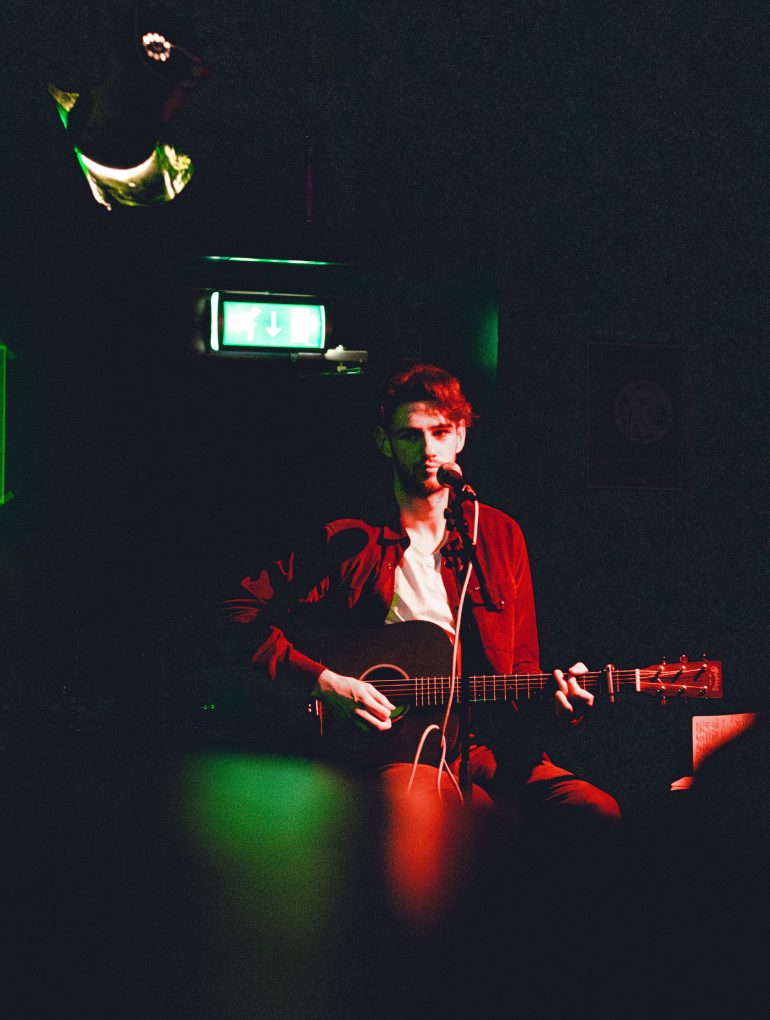 Seán Finn is a multi-instrumental songwriter from Tourmakeady, Co. Mayo. Grounded in pop and jazz and taking inspiration from the likes of Cole Porter, David Bowie, The Beatles and Mac DeMarco, Seán’s current work leans towards driven yet melodic compositions which combine quirk and whimsy with genuine moments of sincerity.

Mac DeMarco was one of the main influences for this song, in particular, the guitar towards the end of the track was influenced by the guitar solo Mac often plays on ‘All of Our Yesterdays’ when playing live. I recorded most of the track myself in my studio apartment in Amsterdam, I play the acoustic and electric guitar, the synths, the bass, and of course I sing. My friend Francois Levesque plays drums on the track, which we recorded in a rehearsal studio.