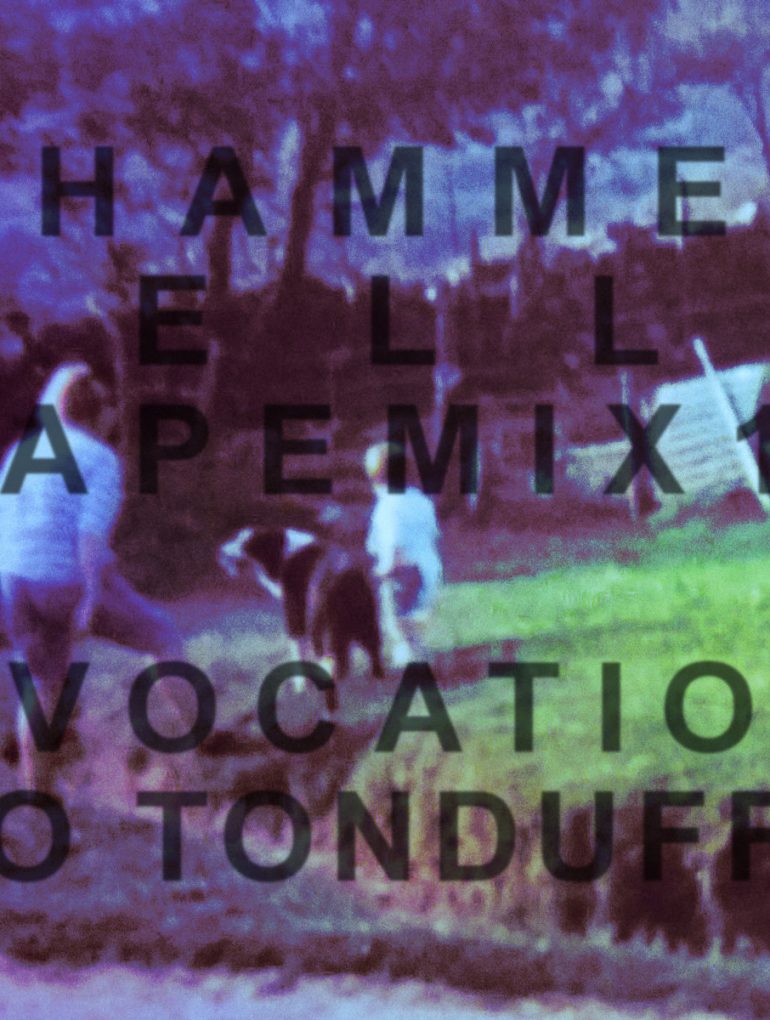 An Evocation to Tonduff by Shammen Delly: “beautiful and the exact opposite of timeless”

Words by Robert Mulhern
of the band Tuath

The following words are written by someone who compiled the music video for the following song, a song that came out in ancient times by todays standards. This EP was released in November 2019 and the track for which I made the video already had a video so why on earth would I bother, it’s shelf life has long expired hasn’t it?

Well no, who says there can only be one music video? Shelf life? Can’t random underappreciated songs from obscure artists in 2002 suddenly takeoff on Spotify or YouTubes discover algorithm? Well yes, that’s why I don’t care.

The words “an evocation” at the beginning of this EP’s title are enough, the textural timbre of the tape onto which this master was recorded are enough to evoke feelings of nostalgia in most people but the actual content was what sucked me in.

I have a very vivid memory of hearing the actual MJ tune that this piece is subtly recalling, the looped passage reminiscent of a time gone by when the song itself was popular enough to be heard beaming everywhere – every supermarket, takeaway, clothes shop or what have you. Because of the degradation of cassette that the song is being played on it actually sounds like it came through a portal from the 90s. “Evoke” is a highly apt descriptor for such a phenomenon.

Often the parts that are used to “evoke” feelings of this gone-by time are the damaged quirks of the recording medium itself. The bent pitch, the slowed scratchiness, the blanket of warm “TV snow” that sits atop the composition as a subtle reminder that we’re travelling in time for this one… but what is important about this is what it all actually symbolises, everyone in their late 20s early 30s remembers music which by today’s standard is alien, more melodic, less self aware, more wholesome and less drenched in double-think levels of Irony. Everyone in that age-group actually remembers the failures of technology to reproduce the music from time to time – sometimes the actual recordings were damaged. No such situation exists today. In fact, the technology used has evolved so perfectly that songs have been shortened to appease modern attention spans which have themselves been shortened by our technological overuse. This visual sweep through of a typical shopping centre in a typical town in Ireland in the 90’s is telling of much more interaction, the volume of people in the smaller area signals the better economic times for which we long.

As Aengus himself said, this loop comes from his mothers cassette tape collection – the actual art created is something of a time capsule in and of itself. Beautiful and the exact opposite of timeless. Ready to self destruct in a way that we are now as a civilisation.

When he mentioned this I couldn’t help but think back to my own youth, I couldn’t get this weird image of Letterkenny out of my head, a town in which I had lived a time whilst I was a senior infant. I have bittersweet memories of this place from childhood and could imagine well the Sundays spent in the shopping centre with its styled indoor plants and shiny everything. The localé was dripping in developer Dollars, Franks, Deutschmarks and Irish Pounds…..oh and one of those yocks ya put yer hand inta ta see if yer healthy.

All in direct contrast with todays americanized, sanitized, “bigger is better no matter the weather” thinking that has come to dominate today’s consumerist society as a whole on the western front. When I found the grainy, raw-material for this music video on YouTube I got highly emotional as it filled me with lament, a longing for a time I was too small to even appreciate, a time that I could actually remember well enough to know was far better than now and is thus the reason for looking back instead of forward

Seeing all those hopeless fools stroll aimlessly around this yet to be sanitized, neo-liberal stepping stone reminded me of the time that existed long prior to all aforementioned systemic failures. The beauty in naivité brought me to my knees once I heard Aengus’ piece and doing what little I did to the footage I found to accompany this was highly cathartic in the same world where the future has been cancelled.

Remembering being a hopeless child with no concept of the destructive forces at play is a delightful thought experiment akin to smoking dope or some other such nonsense drug used to numb the existential dread brought on by all of these consequential delights tied to the neo-liberal debt strapped to every Irish citizen since austerity measures in 2011 when everything REALLY ended. We only believe what we really want to believe at the end of the day.

An Evocation to Tonduff is seemingly a love-letter for a place Aengus himself once spent a meaningful-developmental time as a pre-five-year-old and, upon compiling this footage (without his permission I might add), I feel a certain kinship with his mission and an extremely thick level of empathy.

I dunno what else the fuck to say, it’s just a music video. That said, I cannot find the owner of the footage. If anyone could point me in their direction that would be great, they deserve full credit for doing it as using a camera frivolously back then for preservational reasons was a brave act – you’d look funny and it’d be scary.

This tape mix gets a 5 outta 5 from me for being what it is.