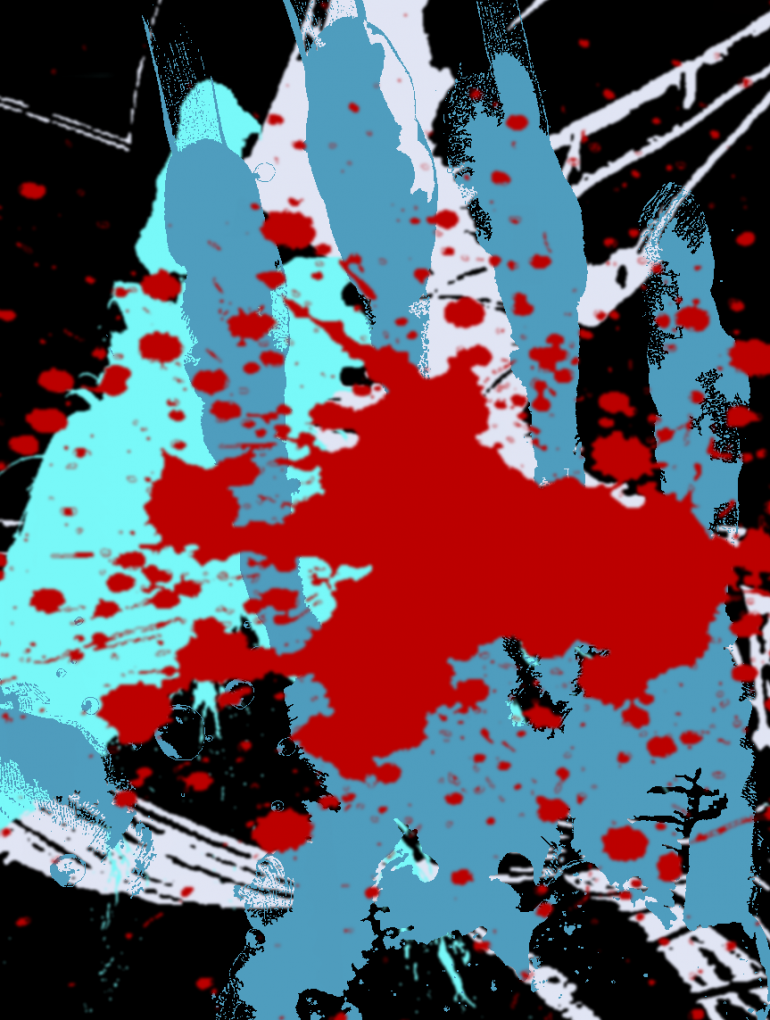 Hunting For Snares: “We would always want to write when we got messed up”

I love when a project that I’ve heard about for some time finally comes to fruition, and this is one that I’ve been excited about for a good while now. Hunting For Snares is a collaboration between Tomás Concannon (Bury me With My Money) and Joseph Padfield (Bannered Mare), two co-founders of Mayo/ Galway label Umbrella Records which includes Oscar Mild and Derek Ellard. Umbrella Records is a place where music and videos are all produced to great effect in house.

Upon first hearing the name Hunting for Snares in conversation about four years ago, I found the idea of Tomás and Joe putting together an electro outfit intriguing. After my first listen a few days back I had two words slip out of my mouth: “oh damn”. It conjured within me aspects of Radiohead and Aphex Twin with some degree of Burial vibes. It is a dark electro pop trip.

Presented as a seventeen-and-a-half-minute audio visual project, EP01 is a complete piece of work with each track melting seamlessly into the next and accompanied by a crazy trippy montage of visuals that bring to mind a drunk messed up night.

I spoke to the both Joe and Tomás earlier in the week about the new project:

What was the initial idea behind the Hunting for Snares project?

Joe: HFS was born out of over-indulgence. We would always want to write when we got messed up, as you do, so we decided to intentionally let loose and write. This is what came out. It’s dark and a lil off centre, much like ourselves.

Tomás: I agree with everything Joe said and, to add to that, HFS for me began when myself and Joe lived together in Galway town in 2016. There may have been some drink taken on one night in question… we both also found ourselves facing the dismantling of our previous bands Race the Flux and Ka Tet and decided on a whim to have a no holes bash at making a tune, not expecting the idea to go any further. That effort became the first track on the EP and the start of something wonderful.

Was it important to do the project to tie closely to the visuals?

Joe: I think so anyway, we wanted to have a video for the full EP and it needed to be reflective of the lunacy of some of the parts so we landed with what we have now. It’s kind of trance-inducing, much like some of the stuff we were at while writing.

Tomás: I think we made effort to preserve the spirit of that night as we moved forward onto the rest of the EP and then on into the visuals. It was a night of darkness, friendship and devilment and the free way in which it was produced has set a precedent that has allowed us to continue like that… as HFS

This is EP01? does that mean there is more to come?

Joe: Yes its most definitely part one of many. We won’t wait so long after writing to release the next one though.

As a debut project it shows everything the two friends are capable of. EP01 is a dark mix of electro pop blended with Tomás’s instantly recognisable vocals and Joe’s skilful guitar work, all wrapped in a trippy delicious visual and audio package. This is a fantastic project put together by two of Galway/Mayo’s best – If they can capture this as a live show then we are in for a treat.

Recorded and produced for Umbrella Records in Mariachi Studio’s by Joseph Padfield.