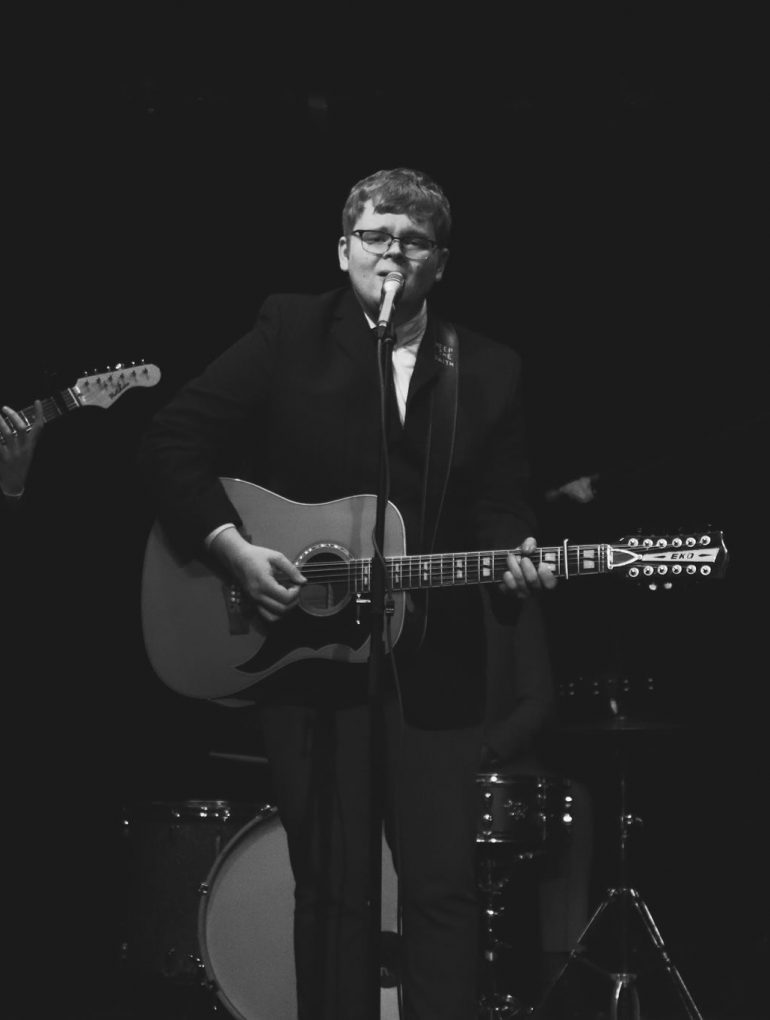 Hey Rusty has just released a double-A side that perfectly exemplifies the quality of music being created in Limerick over the last few years, especially anything connected with DIY LK. The songwriting project of John Ahern, Hey Rusty is described as an exercise in presenting earnest, thoughtfully crafted songs with a stripped back, lo-fi aesthetic. With the release of ‘All Night Daylight’ and ‘Since We Were Strangers’, Ahern certainly achieves that goal.

In fact, earnest is probably an understatement when describing the opening track, ‘All Night Daylight’. This is a beautiful, emotional song with gorgeous melody throughout, mainly provided by a perfectly fitting piece of string composition from fellow Limerickman, Post Punk Podge. The heart-breaking lyrics are full of yearning. Here, Hey Rusty conveys that beautiful kind of sadness that makes your heart swell – happy, almost, knowing that such intense feelings are possible. It makes you feel alive. The song’s style evokes connotations of old show-bands and quiet corners of bars (beautifully brought to life in the accompanying music video, which was a joint-effort from a cohort of DIY LKers). The main character just rolls through life, unable to think about anything else but their longing for another. Overall, ‘All Night Daylight’ reminds me of The Magnetic Fields or The Divine Comedy, two artists who also strive, successfully, to present thoughtful and earnest pieces of music.

The second side of this double-single lifts the pace slightly, while conserving everything that makes the first song so touching. ‘Since We Were Strangers’ is driven by a punchy, full bass line and a thumping, lo-fi kick-drum. And, yet again, the fiddle from PPP intensifies the feeling being portrayed. Here, the narrator tries to push through the fog of melancholy that engulfs in ‘All Night Daylight’, desperate for  human contact and to lighten the mood. And we all know the best way to do that is by waking up with a mind-destroying hangover that leaves your head feeling like an ashtray. ‘Since We Were Strangers’ is a great piece of soft-rock with tonnes of energy. It sounds like David Kitt covering one of my all-time-favourite songs by The Monkees, ‘Me & Magdalena’ – which is a pretty perfect mix.

Hey Rusty only began releasing music last year, but the song-writing and production on show here suggest maturity and ability well beyond that short time-frame. It can only get better from here, and Hey Rusty is definitely one to keep an eye on.