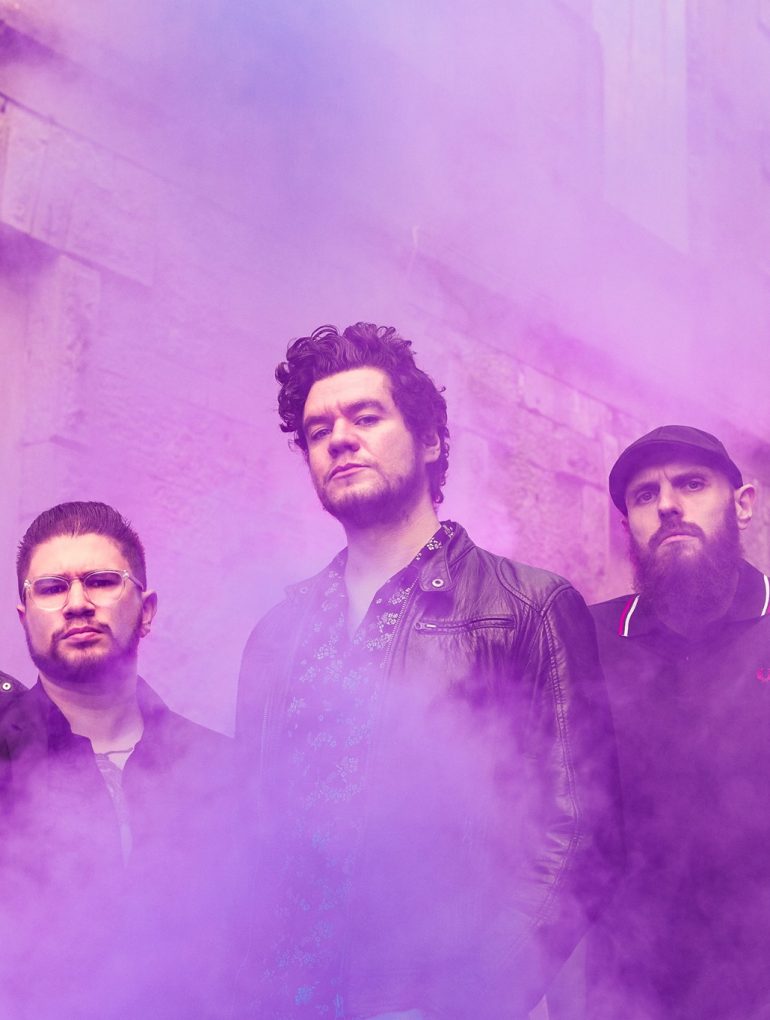 Limerick stalwarts of the Irish music scene, Fox Jaw, are back with their brand-new album Breath in the Strange. Their third studio album finds them in a new experimental phase – new techniques are used, new sounds have been found: this is an album with a larger, slightly cinematic feel.

It’s not your usual Fox Jaw album, and it’s all the better for it. It has been over a decade since the formation of the band, and nearly six years since their last album Ghost Parade. It is in that time their sound has changed in numerous ways; this is a record that feels like a culmination of everything has that come before. There is growth to the Fox Jaw sound though it’s not all change at Fox Jaw HQ. Tracks such as Madeline, Sun Goes Sideways and Let it Run find the band firmly in their own brand of inimitable musical noir swagger, with stories of femme fatales and smokey rooms that wouldn’t sound out of place in a Raymond Chandler novella. It is easy to see why these three tracks were used as the first singles. They are catchy and easily digestible, reminiscent of recent tracks from their Black Light Vignette Ep from 2016.

The rest of the album finds the band at a more restrained pace with tracks like Serrated Love – a slow and mournful rock song that is steeped in heartbreak – and Somebody Like You which finds the band in the moody rock n roll territory that has become a mainstay in their work over the years. This is a track with slick guitar work and gentle keys all deftly mixed together giving a sense of drama. Following this comes the album title track Breathe in the Strange, a sultry smooth song metered out to perfection.  These tracks take their time, they get under the skin. They do what Fox Jaw do best – they tell stories.

It is the final track of the album, Shadowland, that shows the biggest change in the band’s sound. A fan favourite at recent live shows, it is a sprawling eleven-and-a-half-minute epic that brings the talents of every member of the band to the forefront and, in some respects, is quite reminiscent of Ultra Vox’s Vienna. It’s a slow atmospheric track that builds to a stadium-esque singalong built over gunshot drums and vocalist Ronan Mitchell’s unmistakeable timbre.

Overall, it is an album that finds the band at a maturer stage in their life, and neatly represents everything along the way. Possibly their best work to date.

Fox Jaw are heading out on tour over the next few months, starting on the 28th February at De Barra’s Folk Club in Clonakilty, with support from Limerick friends Van Panther. More dates can be found over on their Facebook page. Breathe in the Strange can be found on all streaming platforms, with pre-sale limited edition 12’ vinyl for order over on FOXJAW.ie