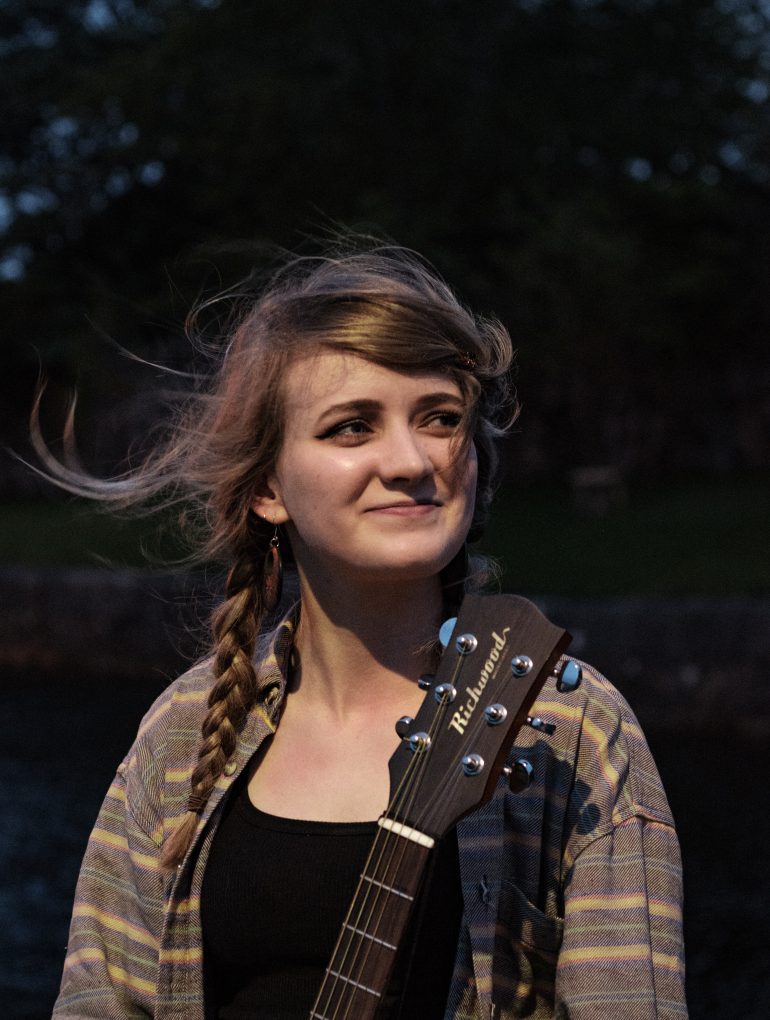 A poignant and reflective debut EP from Brid Kenny

Bríd Kenny‘s debut EP, Doorway, plays out more like a piece of prose than it does a collection of music. As such, it presents a very poignant journey through separate stories, connected somewhat in their message and tone.

The EP opens with its eponymous track; a subdued song, contemplating on the long-lasting marks –  both physical and mental – of a fleeting, seemingly unimportant moment. Vivid imagery builds a sense of tension throughout, providing background and deeper understanding to the aforementioned moment. ‘Four Stories’ examines the mundane, banal everyday habits that punctuate our lives, and eventually come to define our lives. While the first two tracks are vulnerable and tender, the EP concludes with a more confident, formidable track entitled ‘Scylla’ (named after a powerful, female character in ancient Greek mythology). This story takes a look at the balance of power in a relationship, as both parties want more but are afraid to give too much.

Thematically, Doorway showcases Bríd Kenny’s mature and intimate writing ability. The songs will certainly make you think, and reflect, and perhaps listen again to try to get to the bottom of those thoughts.

Musically, though, these songs needs a little something extra. The sound is intentionally kept sparse to allow greater focus on the lyrics, which I understand. But at times it feels too empty, with the vocals booming slightly too loud over it all, as in the opening song. Kenny’s voice is beautifully fragile and honest, so needed to be mixed as such.

These are three fantastic examples of introspective, personal tunes. But, sometimes, for intimate songs to truly shine they need to be juxtaposed with more energetic, louder songs – giving the listener more depth and providing a range of emotions to heighten the impact. The dynamic and more experimental final track shows promise of taking the EP to that place, but doesn’t go far enough. It deals with powerful topics and needed powerful music to compliment that tone. A denser sound could have been found, especially with such talented musicians as Ella Partington on fiddle and Sam Write on bass. Sometimes music can evoke our imagination as much as, if not more than, words.

This young and accomplished songwriter has a multitude of songs in the pipeline, ready for release. With Doorway, Bríd Kenny is looking for a springboard to start her career in the Irish music scene. It could very well prove to be an important first step, but I would like to hear the next collection of songs expanded further, pushed to a sonic plane that matches the high quality of the lyrics.

Bríd Kenny is an indie folk singer-songwriter from the town of Nenagh – currently based in Galway city. The EP features Ella Partington on the fiddle, Dustan Everett Townsend on the cello and Sam Wright on the double bass. It was recorded and mastered in the Black Gate Studio in Galway by Liam King and is now available to stream/download on Spotify, iTunes or the Google store.