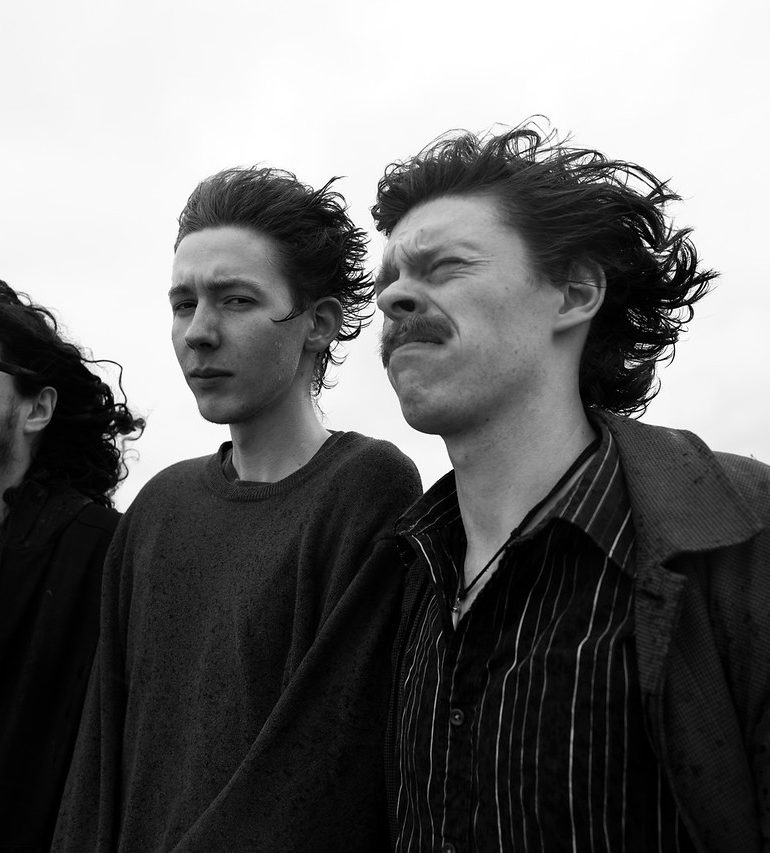 Punching Peaches emerged from a basement in Galway after a chance encounter between three hungry pigs; front man Conor King, guitarist, bass player; producer Jack Sinnott and drummer Naoise Jordan Cavanagh. The group cut up and combine an un-tasteful smattering of sonic influences as well as taking cues from the worlds of art, literature and cinema. Bringing new ideas and a fresh perspective to the Irish post-punk revival.

The band’s debut single, Wristwitch, is a psychedelic inspired track recorded and mixed by the band in their own private studio with mastering by Fergal Davis.

Wristwitch is a track where we really tried to take a nice big dip into the psychedlic, I personally think the drums and the mixing on those is the most impressive thing we’ve done so far.