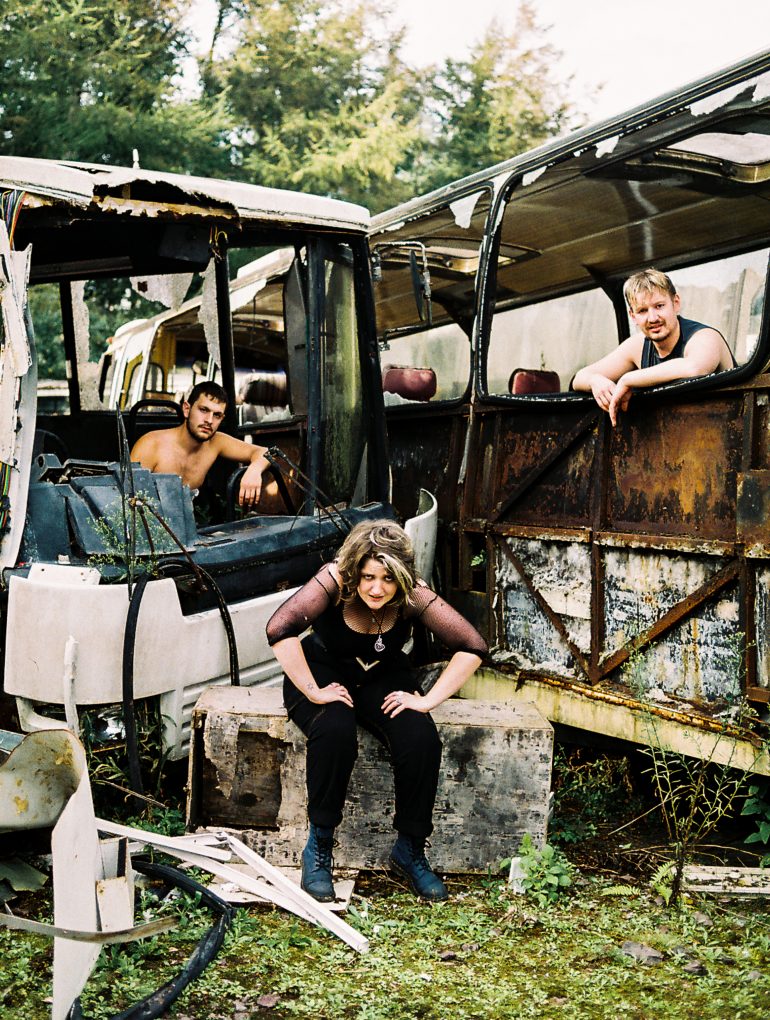 Salami by Pretty Happy is an edgy, hypnotic grumble of a song

Pretty Happy are an Art-Punk three-piece from Cork with a growing reputation for their dynamic live performances and electric eccentricities. Made up of Abbey Blake (Guitar), Arann Blake (Vocals, Bass Guitar) and Andy Killian (Drums), the trio have established themselves as one of the most exciting acts on the Cork music scene. They use a combination of absurdist lyrics, demented emotions and idiosyncratic melodies to create an all-consuming noise rock sound.

With an undeniable influence from Pixies, Salami is an edgy, hypnotic grumble of a song. At its core, the track is powered by the band’s holy trinity of bass, drums and vocal. But when the guitar comes in, it comes in heavy. Abbey, an Earthquaker Devices Artist, hammers her Earthquaker pedals, sculpting an eerie, off-pitch tone while the vocal lines battle each other for attention. From a demonic grocery list to a monologue about the dangers of processed pork, ‘Salami’ sets the trio up for the release of their new EP later this year.

The members of Pretty Happy are passionate about their local arts scene. Guitarist Abbey is founder of Angry Mom Collective, a movement set up to battle the gender divide in Irish arts. All members are also keenly involved in drama and film which clearly bleeds through to their eccentric live performances. 2021 saw Abbey receive recognition for her directing with the video to Pretty Happy track Sea Sea Sea, debuted at Spilt Milk Festival in Sligo, shortlisted for Pinewood Studio’s Lift Off First Time Film Makers Festival in UK.