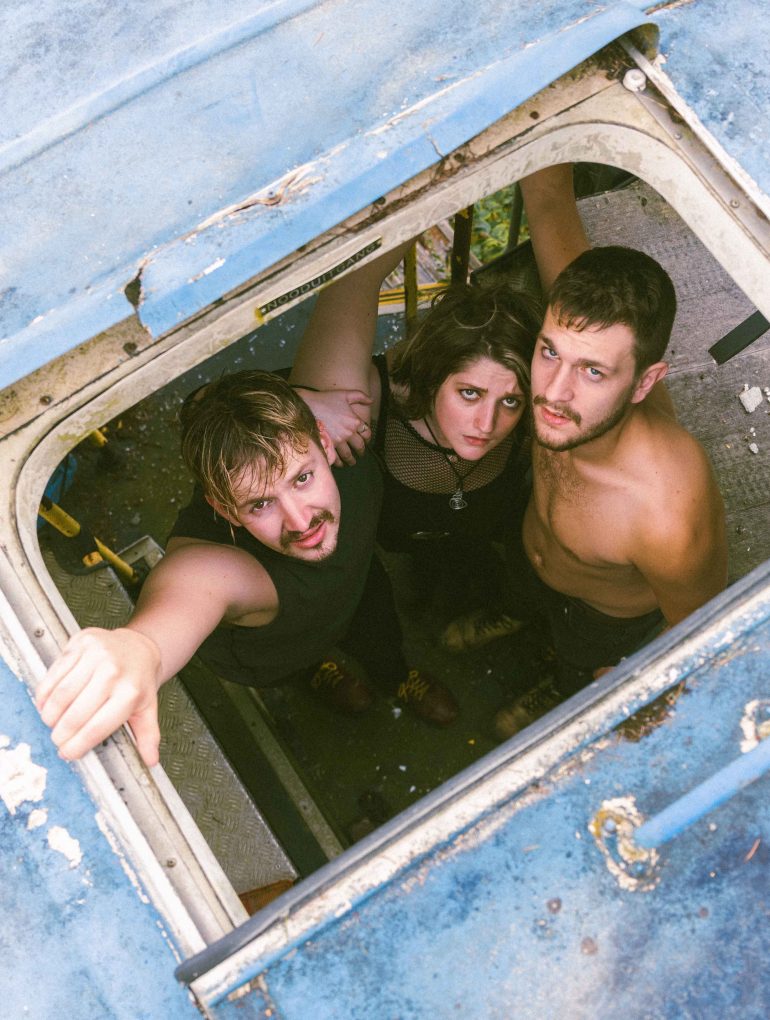 The electrifying success of their single Salami saw Cork’s Pretty Happy featured on BBC Introducing, BBC6, KEXP in Seattle and ‘Track of the Week’ on 2FM. With absurdist lyrics and idiosyncratic melodies taking influence from bands such as Pixies, Talking Heads, and Sonic Youth; the band are forming a sound that is one part slick rock band, one part unhinged punk and one part avant-garde theatre.

New single Sea Sea Sea has Pretty Happy coming into their own as storytellers, embracing the drama of their live performances with strong melodic riffs and unforgiving thumping drums. The track is a deep dive into the choppy waters of queer identity and gender stereotyping with slick rock ear worms clashing against raw vocal outbursts.