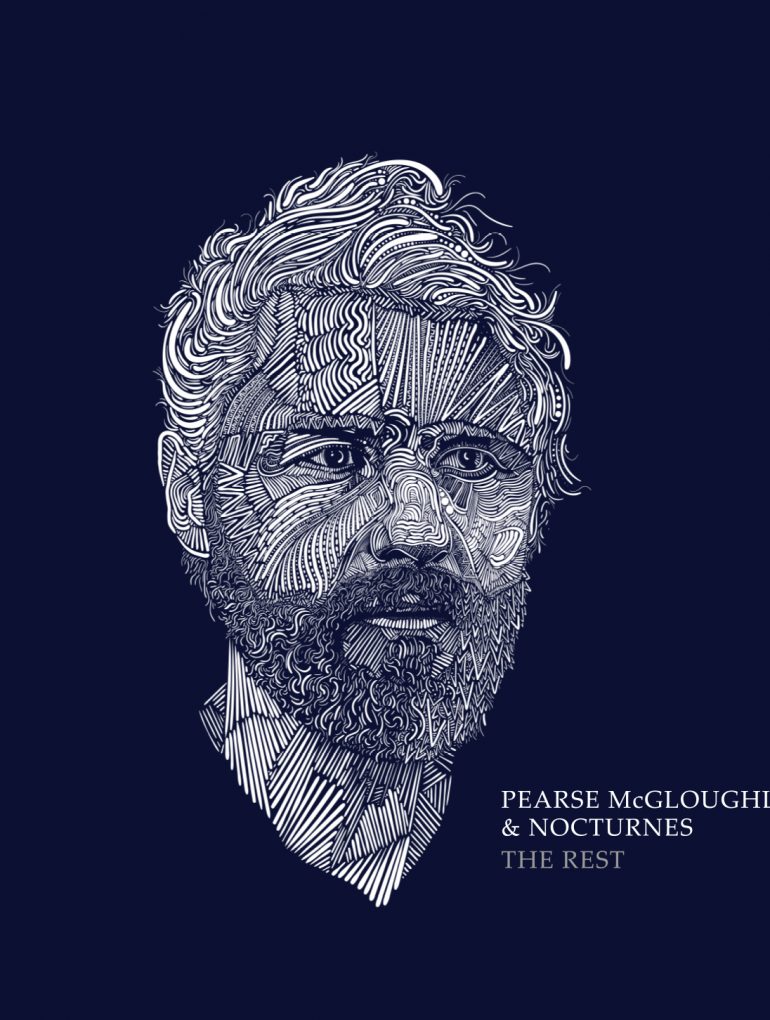 A solitary piano line picks across a broken landscape shrouded and uncertain. Somewhere in the distance, beyond unseen horizons, an upheaval is underway. Away to the west, a voice sounds: “Sometimes I’m the hurt one that’s for sure. But I’ve never had to face the fear of war.”

And so begins The Rest, the fifth studio album from Pearse McGloughlin and the third with his band, Nocturnes (Enda Roche & Billy Donohue). Emerging in the shadow of a circling chaos, The Rest is, on a personal level, a series of reflections on and explorations of our own small place in the world.

Following 2016’s quietly introspective The Soft Animal, The Rest reveals new songs of remembrance and stories of hope. Meditative instrumentals, pocketed with electronics accompany bilingual exhalations that evoke old traditions and places. Life is hard, yes, and the way forward, for now at least, is unclear. But we have perhaps been here before…

As the title suggests, The Rest nods to stepping back from the ever-present and the always-on to reflect on what really matters in life. In Garbhóg this reflection leads us to natural beauty. In Focus (play-listed by RTÉ Radio One) it is to the small pleasures of summertime with loved-ones – a sun-tinged hopefulness for the good times to return.

Though the scope of the record is at times universal, there are moments of personal reflection (Lúcháir), of collaboration (with Enda Reilly on Ag Ól, Ag Ól ag an Garbhóg) and a poignant requiem for a friend (Caretaker). On Whiskey Tree (which was written during a series of music workshops McGloughlin ran with people experiencing homelessness), there is admittedly a bleak enough tableau, but there is also the heart, friendship and shards of hope that shone out amongst the group.

“I was trying to paint an honest picture of the things they told me… and find some redemption there… there was a Wishing Tree in one of the shelters with hopes written on it… that I mixed with a ‘whiskey tree’. When I sang them the line, “a man on the street who likes his whiskey neat” they loved that. More recently I added the line “All hearts carry on” to Whiskey Tree. The same line appears in Focus… I wanted to use it as a leitmotif in the album, to emphasise the human capacity to adapt, to persevere almost in spite of ourselves