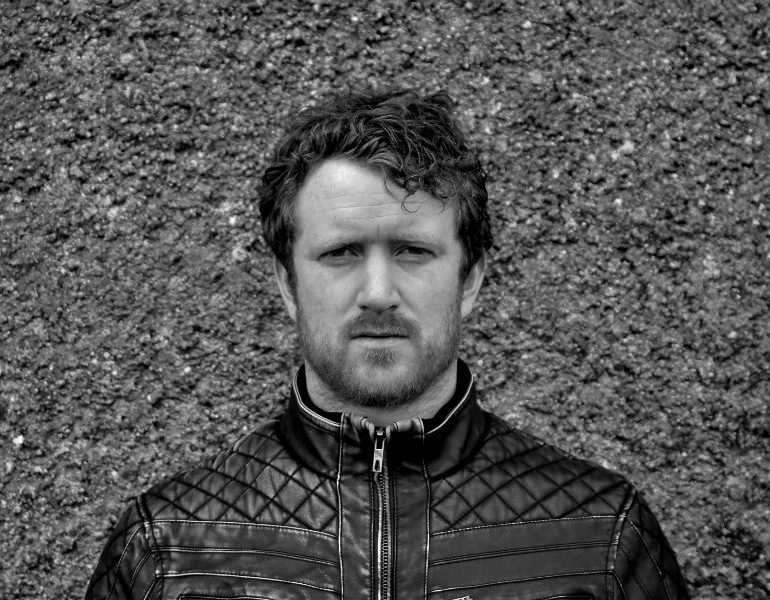 Padraig Jack: “The things you miss are the little things… the culture of the live gig is important”

There are some songwriters who truly capture a feeling of place in Ireland – Damien Dempsey, Jack L and Foy Vance to name but a few – and Aran Island native Padraig Jack is steadily making a case for joining this illustrious group. His debut album Making Sand is an album full of hope, warmth, humour and sadness which captures a sense of the Aran Islands and a feel of the west coast. I sat down with Padraig for a chat about how the album came about and the ongoing effects of Covid-19 on the music industry as a whole.

Howya Padraig, Congrats on the album! Tell me, what was the process?

Hi John, so basically it’s a combination of all my first batches of songs. The album really started with one song though – I went over to London to record a track with a producer called John Reynolds (Sinead O’Connor, Damien Dempsey) to see how it might work. Thankfully, we were both happy with how it worked out. He liked my stuff, and I was very happy with how it was sounding, and he was like “so, we’ll do another song…” and eventually we settled on recording the album together. I was travelling over and back to London the last couple of years to work on that and, while I had most of them written and a few extra that I wrote during that time as well, it was a busy time. We finished the whole thing near the beginning of this year.

You managed to finish literally just before Covid hit then?

Yeah we finished up and I think we had everything ready to go and planned for the January/ February with a launch date for the end of April. We had a full tour and gigs lined up for that… a tour with Damien Dempsey around Ireland, which would have been brilliant, I was really looking forward to that – but then covid happened. In fact, the first single came out on the 13th of March, so the first week of the lockdown, or thereabouts, when the shit was really hitting the fan.

Then all of that disappeared into thin air, and I’d put a lot of work into it, but sure, look, what can you do? I’m releasing through a label in London called Good Deeds… we said we’d put it back to next year with the thought that the virus would be gone by next year, because at that time we thought the virus would be gone by July. They said “Padraig you’ll have been talking about it for two years” so we settled on the October release. In the meantime, I was asked to write a song for another project by a gentleman, funnily enough named John O’Connor, for a project he was working on about renewing Ireland and summoning its strength to rebuild after the covid. This was early on in covid and no one knew what it was going to look like. He commissioned me to write a song so I went away and wrote a song for him using a melody from one of my dad’s songs and that became Fighting Irish, which made it onto the album. Eventually we got the album done and released and getting to see the reaction is great.

During all this you also took your first steps into the home recording world?

Yeah, I had to buy studio gear because I’d never worked with studio equipment – I tried it a few years ago but thought the learning curve was too high – even though I worked in computer science for years so it should have been natural to me. Early on I decided to focus on the songwriting/ music aspect of it and leave the technical side down to the producers and engineers but I got into it during the lockdown because I couldn’t go and travel any more than 2km to any studio to record; and I also hadn’t had the time before to learn it, and now I love it.

With the release having happened, how do you feel it’s going down? Also, how are you feeling about not being able to tour it?

It’s a real bittersweet thing because I’m thinking of all the gigs I’ve done down the years and that I should have had the album out before. Like, I’ve been playing a lot of these songs for years!

The title song Making Sand is only a year old though and the last time I played it was on tour in the UK last year with Sharon Shannon in which we did 25 odd dates. That was an amazing experience which made me really think about it all – how I wanted to stay in it and stay in this gigging scene. Little did we know what was coming around the corner. You kind of just have to work around it. I mean, planning a couple days in advance is difficult, so set some plans and navigate them as you move forward. For me personally, I’m trying to think of ways of staying afloat in the music industry. We just don’t know where its going to go. I mean the last 20 years CD sales have just dwindled and streaming hasn’t replaced that, financially. It’s the best promotional tool but it’s not really a viable business model. There may be other ways, like streamed gigs is maybe one thing, though it’s a stop gap and just not the solution.

The things you miss are the little things, hearing the bass through the speakers, someone setting up the gear, the different senses you get in the venue. The culture of the live gig is important, not just the music – we know that’s the core of it but it’s not just that; it’s a lot more.

You did have a gig throughout the covid though?

Yeah, I played a sold-out Westport town hall show in early September (social distancing and restrictions in place) which is a beautiful venue. We did an hour and half with an encore. And I played with Eamon Mullderrig from home, which was great. I also managed to get to Niamh Regan’s gig in the Roisin a few weeks ago, and I’d been listening to the album and loving it so to hear it live was class. We were all sat down but it worked really well for her, it suited. The sit down shows though will only suit certain bands; others have a higher energy.

Lastly, if you can’t get out into the world to show off the album, how have you been getting it out there, what is your main action?

There isn’t one really. I mean like there is no established way to do it really if you can’t do that because gigging is the thing to do. So far, I’ve been very lucky since the release to be getting a bit of radio play, and I’ve been using social media; though I don’t like having to focus too much on it, but it’s about being heard. We got lucky by being in the top 30 weekly album charts, and I hadn’t considered the charts at all. Funnily enough, Miles Hunt (The Wonderstuff) had got a copy of the album and had a listen a few weeks ago and loved it, which was amazing. He seems to genuinely like it and was tweeting about it, which is class. And now people have been messaging saying they really enjoy it and the music is connecting – people messaging saying it’s been playing out of the speakers at Zhivagos and knowing people have been listening in Toronto and Chicago, and Seattle, which is mad!

Making Sand is available now on Good Deed Records (UK) and was produced by John Reynolds.