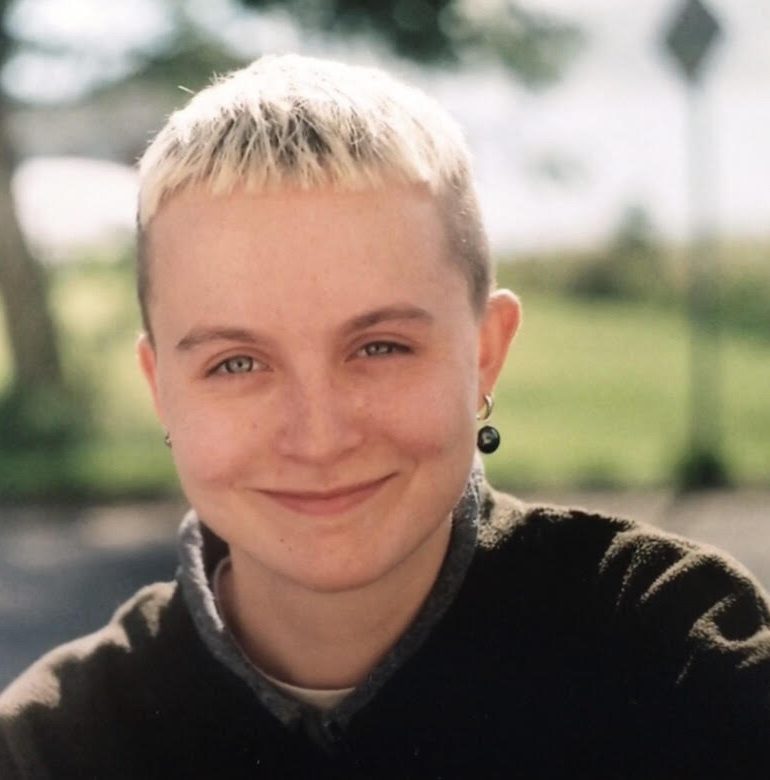 Words and questions by Jake TIernan.

Interviews with bands like Turnstiles, NewDad and Rodney take place after packed out, self-organised gigs and bedroom recording sessions. Likewise, fashion entrepreneur Caitlinn Lowry (@urcyberstylist) is interviewed at a pop-up vintage and handmade clothing shop run by Chloe Redmond (@lemonqueenvintage) and Susie Chalecka (@lilbits). This DIY ethos is echoed in the documentary’s lo-fi and off the cuff style, which is in no way manufactured.

“Young creatives in Galway really inspired me. They weren’t trying to fit norms; they were just doing what they loved, and they were successful at it! Seeing young people organising gigs, performing on stage, recording music, running their own businesses. I thought it was brilliant. That’s what made me pick up the camera!”

Like everything else, the context of the footage has changed drastically in the past 14 months. She began editing at the start of lockdown and, although it wasn’t her intention from the off, Orlaith’s film now serves as a time capsule for a scene that was stopped in its tracks. Or, to put it more optimistically, a reminder of what we’re all working towards.

“I think I was really just enjoying the present when I was recording the doc. It was all very exciting and energetic during that time. I was so engrained and happy in those moments, that I guess the idea of these moments being nostalgic or in the past, never really occurred to me. Editing the footage was extremely heart-warming, and it gave me a lot of happiness during those tough times. It always put a smile on my face. I was over the moon that I captured those moments on film when I did”.

Clearly possessing a flair storytelling and a keen eye for moments that deserve to be captured, Órlaith hopes to put these skills to more use in the future, but she refuses to be boxed in.

“I currently study human rights at NUI Galway, and I would like to make documentaries which focus on uncovering and highlighting human rights violations and social issues. I think film can be a great way to tell stories and to give a platform to voices which are often oppressed and neglected. I would hope to be able to work with others and bring those voices to the forefront and tell their stories”.

Mol an Óige agus Tiocfaidh Sí is not only an enormously enjoyable watch for anyone missing the hum of a crowd or the shake of a room, but an immediate addition to the canon of the Galway arts scene. In the end, it displays the same property in both its subjects and its creator. Boundless potential.