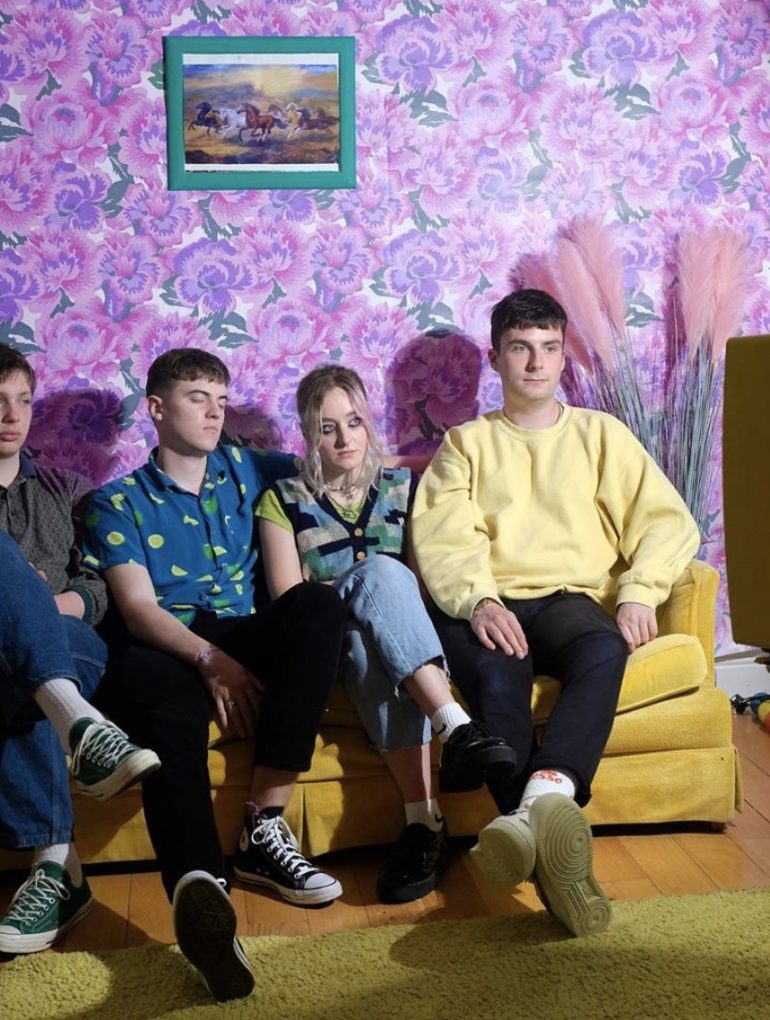 NewDad: “We just realised this was our sound… we always go off instinct first”

Local indie-wonderkids NewDad have put together one of the strongest runs of debut singles that Galway has ever seen. It’s a run that began with How, a wistful dream of a track, and has recently been completed by Blue, a proper piece of pop excellence. Although the friendly four-piece are busy staking their claim as next big things, they took the time to answer some questions I had for them about their releases so far, Galway’s music scene and playing for a seated and separate audience.

You guys seem to be in a really good rhythm of releasing music at the moment, but you were gigging together for a while before releasing How. Why did you choose to hold back on official releases initially? Was it a conscious decision to wait for the right song and moment or had you just not gotten around to it?

Aindle: For us it was definitely a conscious decision to hold out on releasing any music until we were personally happy with how our songwriting and producing had developed. As soon as we started working on How I think we just realised this was our sound and the direction we wanted to head with the band. We always go off instinct first when it comes to our songwriting and are kind of willing to try anything as long as we feel it fits our sound and most importantly doesn’t sound completely terrible. We’re very excited to show people the direction we will be taking our sound in our upcoming releases.

How was your latest release, Blue, written?

Julie: With Blue it started off with Aindle’s bassline which we recorded and then I just started trying out a few guitar bits! Once I settled on the guitar we recorded a rough demo and Sean and Fiachra added drums and more guitar. I usually wait until we’ve written the song fully before coming up with a vocal melody and lyrics so, once everyone had recorded their bit, I brought it home and wrote and recorded the vocals at home! We recorded it all in my room and it was then mixed by the lovely Chris Ryan. Now that we can all practice together again it makes writing a lot easier as we can mess around for a bit and we know very quickly if something is working or not so we can write songs a lot quicker now.

Do you think there’s anything that could be done to improve Galway’s music scene?

Sean: Galway’s music scene, in my opinion, has always been driven by musicians. There is obviously listenership but, in a world where the only music that can fill a pub or a club is by mainstream rappers and DJs, it can be hard to break through that… even though people want to break through the genre barrier. I think the biggest thing that can be done is support from the venues, city council and even the colleges in hosting live music nights and not leaving it up to the artist to have to plan their own shows all the time.

Who would you say is your most obvious influence and who is your least obvious?

I was at your seated and socially distant gig in the Roisin Dubh and I was surprised at how natural it felt. After a couple of songs I had honestly forgotten about the unusual circumstances. Did it feel natural for you and are you planning on more gigs this year?

Fiachra: Well at first it definitely was a bit weird seeing everyone sitting, especially since some of the new songs we played are a lot more upbeat and dancey than our usual songs. After a few songs though, like you said, it did feel more comfortable and we just got stuck into the tracks. It was nice as well to see that some people wanted to be up dancing and were stopping themselves.

Unlike most artists, you seem to have really kicked on since the start of lockdown. Do you have any advice for musicians trying to adapt to the current situation?

Sean: Yeah for sure, lockdown has been good to us in the sense it has given us the time to work on writing and getting our music to people. For other artists, I would say just keep working. Never give up. Times are bleak, and some people’s situations are worse than others, but don’t stop doing what you’re doing. Now is a great time to work on new music, connect with people in the industry, learn about marketing and gain new skills. It’ll all be worth it after because then you can come out with a bang!