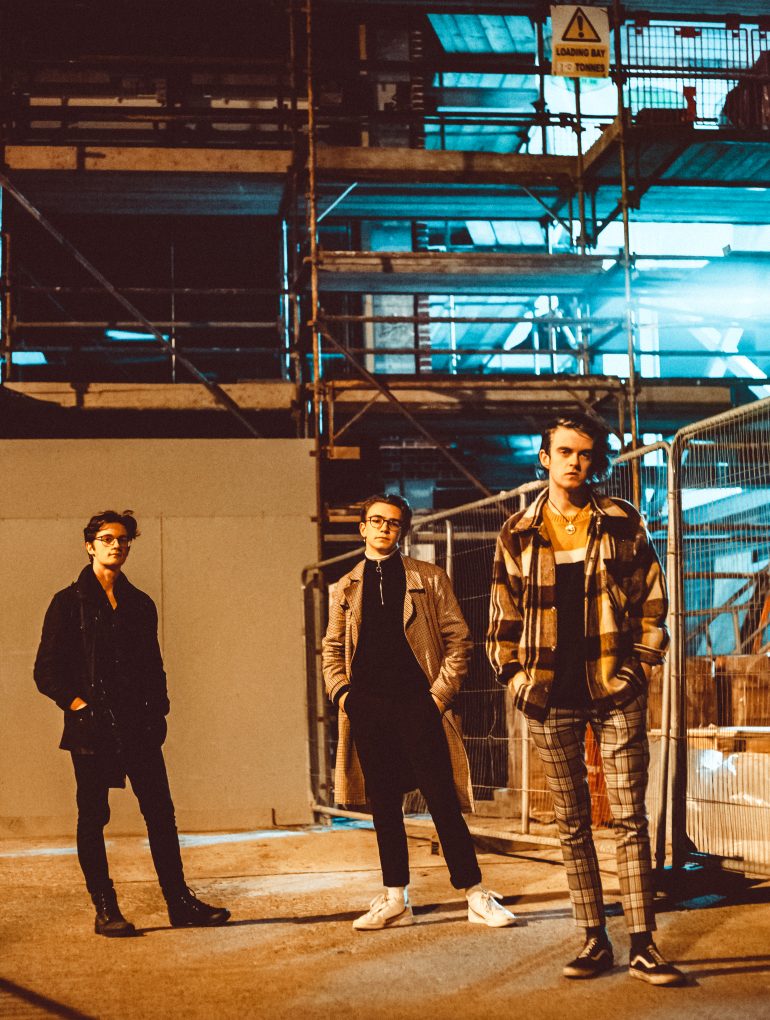 Dublin based Mayo trio Nerves have released two great EPs recently. The first of these is a remix EP of their most recent single Time Trial. This EP contains remixes from five different Irish producers: Arvo Party, Will Ryan, Jake O’Driscoll from the band God Alone, Joe Dempsey and finally An Eldritch Abomination. The EP shifts through various different styles and genres in its near half hour run time, from ambient trap soundscapes to intense industrial techno and menacing noise filled beats. The money raised from this release will be going to the Movement  of Asylum Seekers Ireland.

The second EP is a Bandcamp release of a live session the band recorded in September featuring new songs that haven’t been released yet and two of which that have never been played live before that session. It’s a peak inside what Nerves have been working on for the last few months of lockdown.

We’ve been working on gathering these remixes together for a while so we’re all very excited to  actually be able to release them into the world and it just made sense to us to try help a charity like MASI with this release in particular. As for the live EP, we’re just excited to show people what we’ve  actually been up to over the last year or so. In terms of our sound and song writing and everything, I think we’ve ever been more confident.