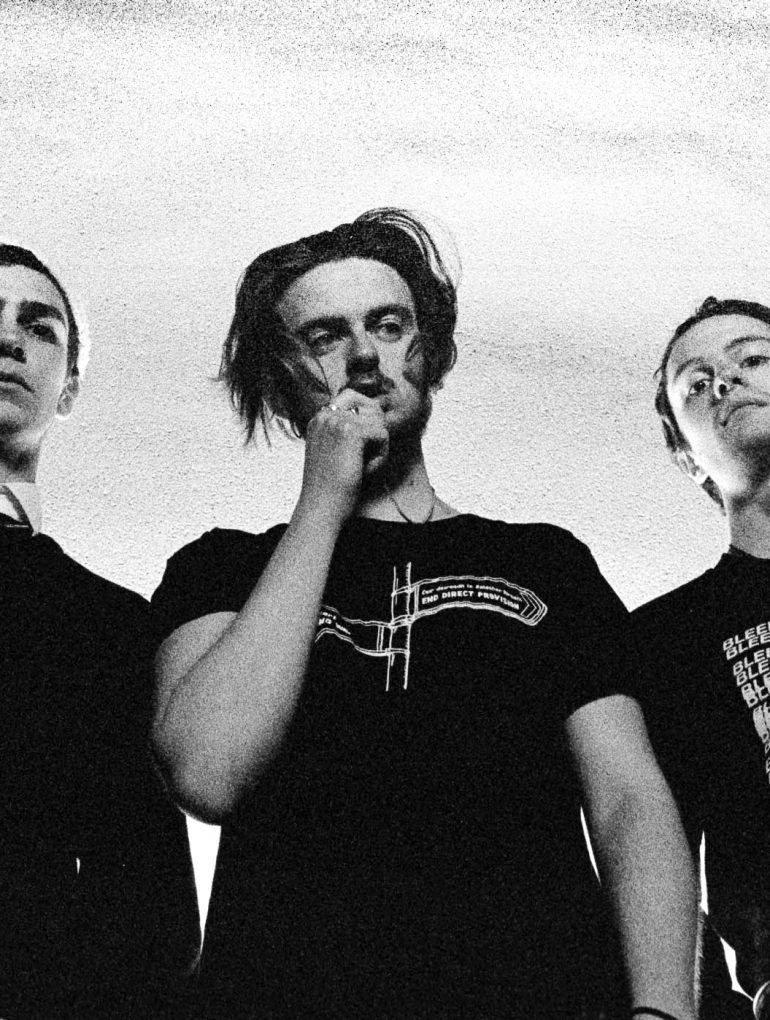 Nerves are a band from Maigh Eo and Gaillimhe, consisting of vocalist/guitarist Kyle Thornton, bassist Charlie McCarthy and drummer Adam Nealon. Emerging from the ashes of other defunct teenage musical projects, they formed in 2016 and began cutting their teeth by playing DIY punk shows around Ballina and Galway, having been taken under the wing of older local Hardcore and Post-Punk bands. Over the next few years the band gigged relentlessly around Ireland, from sweaty basements to some of the most famous venues in the country.

Recorded over lockdown at Sonic Studios with Girl Band’s Daniel Fox, “Leigue” is a perfect snapshot of the band’s intense and borderless sound. Existing in the liminal space between shoegaze, post-punk and noise-rock, the claustrophobic single combines muscular, industrial drums with groove-driven krautrock-inflected bass and discordant, wall of sound guitar lines that sit somewhere between the atmospheric, crushing power of My Bloody Valentine and angular and jarring sound of Big Black. The volatile, low register spoken-word vocals carry the same pensive pent-up energy as Slint, brooding in white hot intensity, and occasionally breaking under their own weight into anguished yet invigorating screaming.

We feel as though Leigue was a bit of a turning point for us as a band, towards something more mature and cathartic. It’s paved the way for how our sound and attitude has changed over the course of the last year. It’s still intense and still fun to play but it means more to us now than I think it ever has