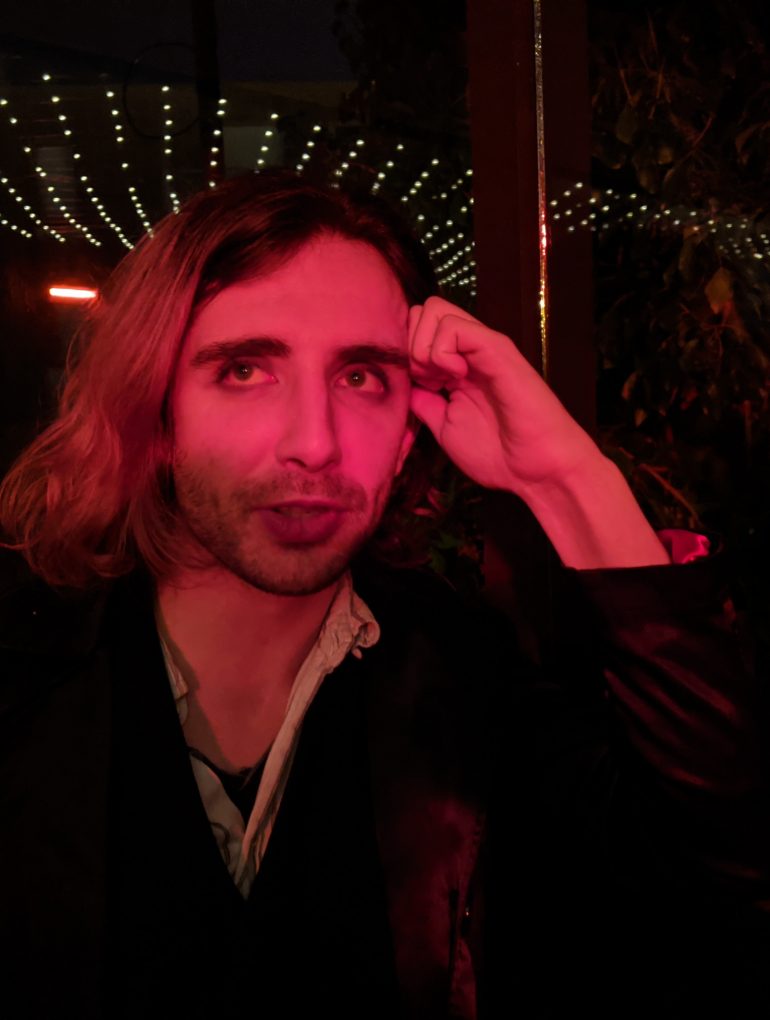 With a static TV hiss and the resounding clang of a church bell RTE v a p o r w a v e announces itself like the Angelus from another dimension. Neil Farrell – musician, comedian, and now musician again – combines synthy instrumentals with vaporwave aesthetic video entertainment that is pure expressive joy. Neon colours and dank RTE references play against gender expression over a track that is pure nostalgia; the sound of Millennial childhood. It is epic achievement music tinged with the melancholic residues of hardships overcome and sacrifices made, all approaching conclusive triumph.

For Neil Farrell, RTE v a p o r w a v e is both a debut and a latest-from. The multi-disciplinary entertainer hails from County Clare, where he was a driving force in the explosive funk trio Mustang Hobo. More recently he has been performing one-man-shows and standup comedy – in September, he headlined Token Cis, a night of Ireland’s finest trans and gender non-conforming comics, as part of the Dublin Fringe Festival.

This is my first single. It’s synthwave and retro. It’s optimistic. There’s nostalgia here for my 90s childhood. There’s a God in the sky who happens to be a kitty. This is how it feels to be raised in the age of television.

RTE v a p o r w a v e is the first offering from an upcoming full album The Universe is Sound which is set for release in January 2021.