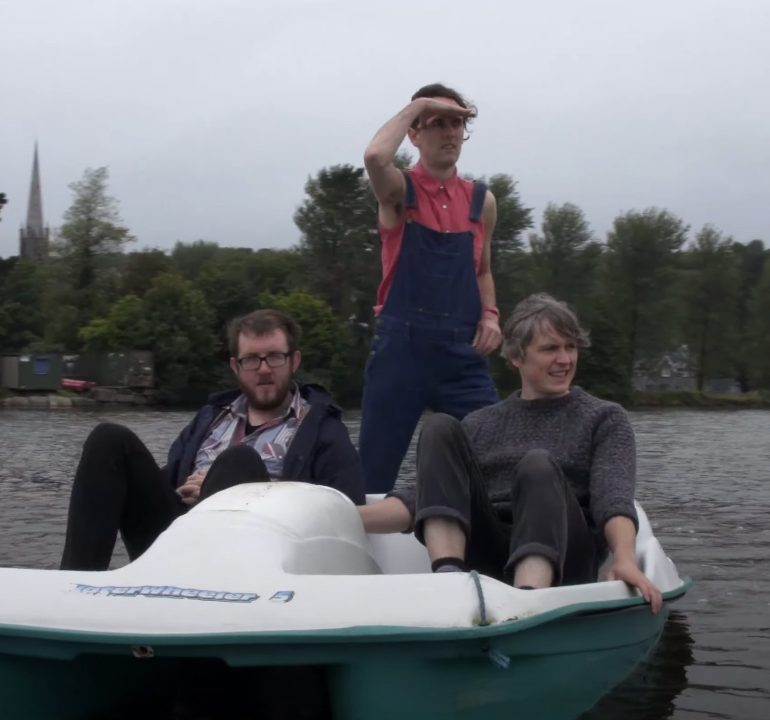 Myles Manley is one of the most peculiar, incisive and gifted Irish songwriters and performers of the last decade. His arresting blend of art-rock, outsider folk and pop sensibility offer a pleasingly discordant cross of acerbic gloom and Whitmanian jubilance while his live shows are at once charming, exciting and wonderfully surreal. He is, as they say, a national treasure, and one that many artists and music fans in the west are learning to appreciate more and more. Lucky for us, then, that the Sligo artist has a new album on the way – the wonderfully titled Cometh the Softies.

Ahead of the release of the album Myles will share three singles with visuals. The first, Were We Under Attack From England?, was shot in The Lagoon Activity Centre, Cork and features Myles piloting a pedalo boat powered by long-term collaborators and bandmates Chris Barry and Solamh Kelly.

The album was written by me making drum beats on an MPC500 and then piecing together songs over them. This was one of the first I made – started when I hadn’t the slightest clue what I was doing, didn’t know how to quantise or delete anything and chanced upon this random scattered beat. It kind of defies belief that Solamh figured out how to play it on a drum kit! I would say the song is about losing my desire to be an international celebrity and having more of a desire to be a community popstar. With the videos for this album I wanted them to be quite simple and vulnerable and to point towards the full album as a piece of music rather than being works in themselves.