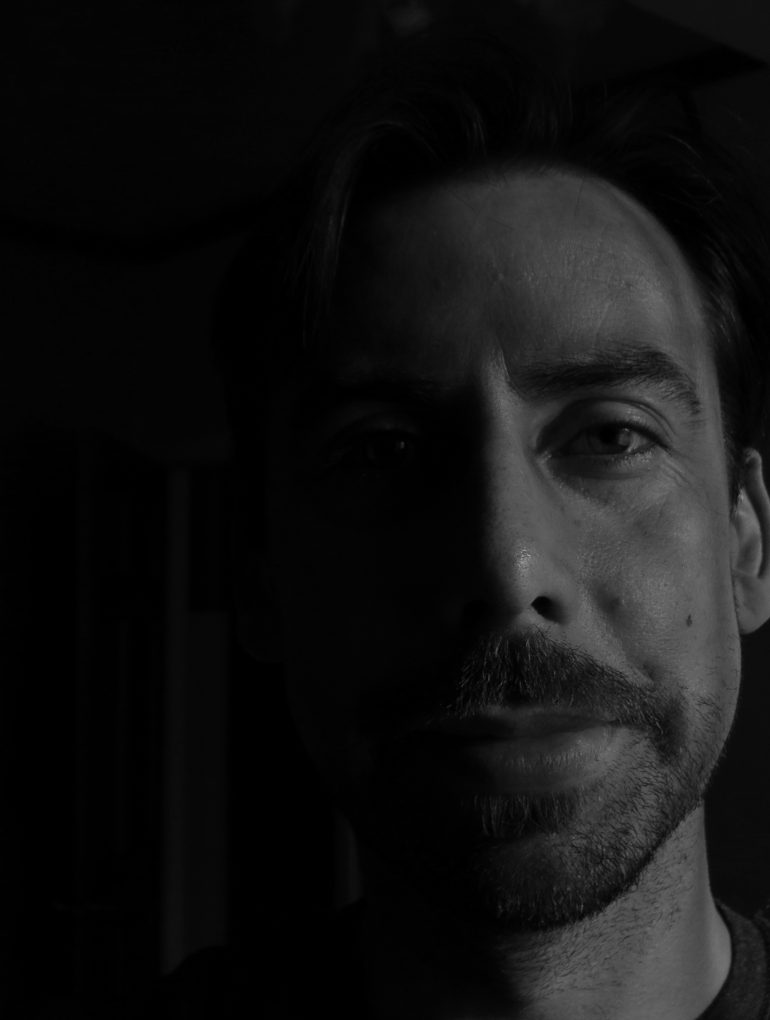 For nearly a year now Anthony Wall, recording under the name Milk Harbour, has been exploring the darker corners of his psyche with his exquisitely moody monthly releases and their accompanying podcasts.

His latest track, The Deal which materialised like poltergeist on Halloween is a raucous post-punk rocker in the vein of The Birthday Party and The Misfits. In it, Wall explores themes of good and evil and examines “the chaos and mystery that exists in all of us” through the lens of an unnerving narrative featuring a cast of characters that wouldn’t be out of place in a Stephen King novel.

Originally from Roscommon, Wall traveled the world in his role as a sound engineer with NBC winning two Emmy awards in the process. After spending a number of years in the US he returned to Ireland to follow his lifelong dream of becoming a psychotherapist.

With these plans on hold during the pandemic, Anthony turned to his first passion, music. According to the bio on his website, he always found the idea of promoting himself embarrassing which prevented him from releasing music for years. Not any more.

Beginning with the slinky, All Things To All Men released in February, Wall has taken full ownership of his abilities as a songwriter, producer and recording engineer. So far there have been nine Milk Harbour releases spanning a range of genres from New Wave to Spoken Word all anchored in Wall’s strong vocals and thoughtful lyrics.

As a bonus, Anthony records a podcast to accompany each release. The Milk Harbour Process is a look behind the scenes of the writing and production of each Milk Harbour track but often explores topics relating to the lyrics of the songs that are at times deeply personal.

Milk Harbour’s next track, Butterfly, will be released on December 1st.