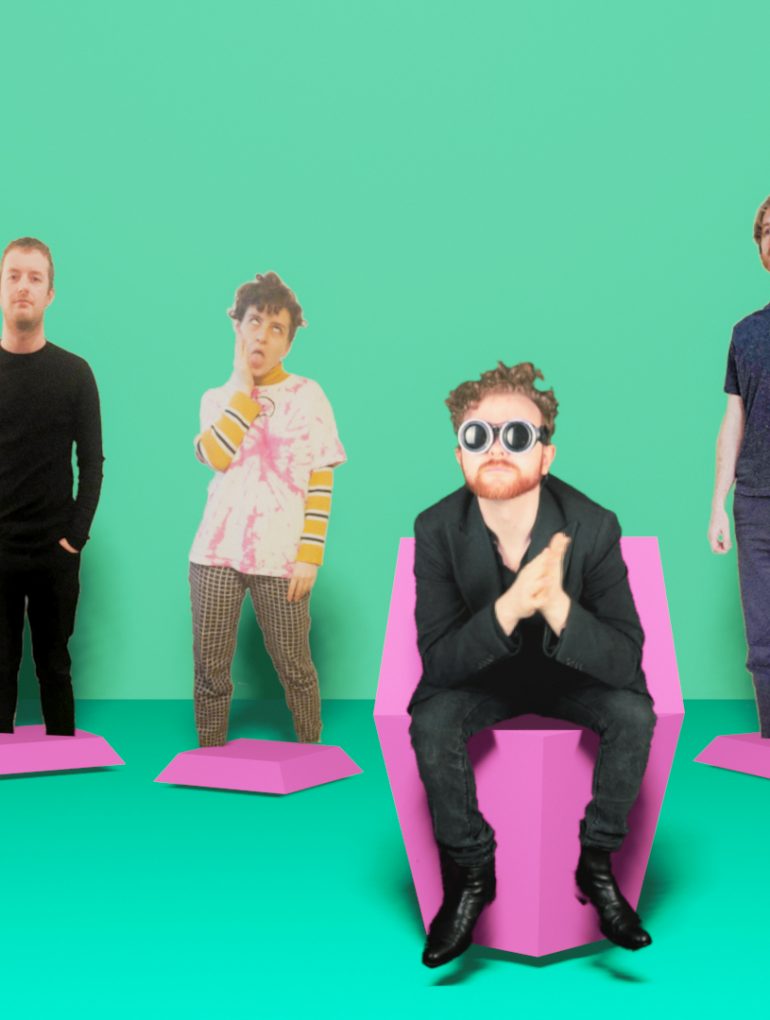 Lowlek invoke memories of peak LCD Soundsystem with a curious streak of their own.

Lowlek are an alt-rock band from Cork City. Existing originally as an anonymous solo outfit, the now six-piece band have evolved hugely in recent years with an eclectic musical style drawing on elements of synthpop, psych, rockabilly, and crooner ballads. Regulars on the Irish festival circuit, the band pride themselves on their unique visual style, with in house audio-visual elements playing a large part in their live set.

A lockdown labour whose recording began last March, Unsubtle moves away from the Art Rock and experimental stylings of the previous album, and more into the territory of Lofi Rock and Synthpop. The instrumentation is split between acoustic drums/percussion and drum machines/samples, with heavy use of vintage synths and effects washed guitar throughout.