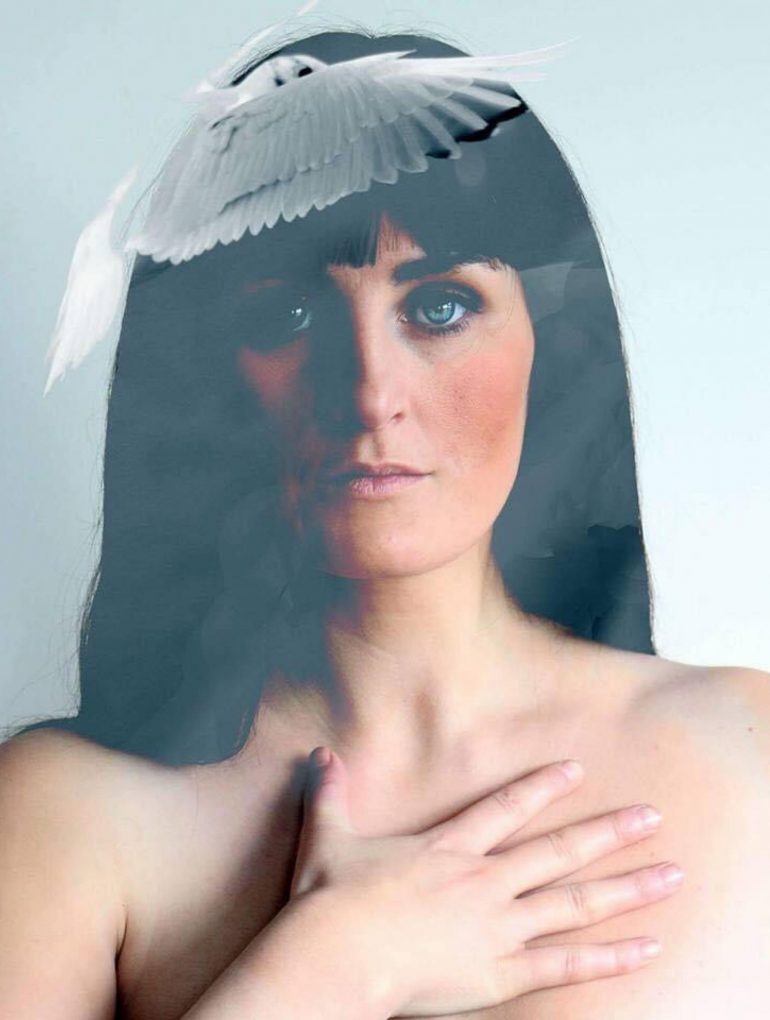 Lou McMahon is a singer/songwriter from County Clare who has performed alongside artists such as Mundy, Mary Coughlan, Freddie White and Jack Lukeman.

Her song Wide Eyed Lady featured on the award-winning compilation album (2014) The Ultimate Guide To Irish Folk, receiving national and local airplay at the time, and is now getting a remixed/ remastered single release along with a new music video.

Wide Eyed Lady tells a dark folk tale about a young girl named Heather who toys with necromancy to her own demise. The concept is drawn out in a storytelling style similar to old Irish myths, tales and folklore.

When I wrote the song, I was thinking about a friend who was throwing away her potential… she was involved with the wrong people and I was feeling sad for her. The song is also inspired by my own naivety, and vulnerabilities intertwined with my penchant for dark, emotional, gothic folk songs. The story runs on themes of horror, panic, fantasy, youth and femininity