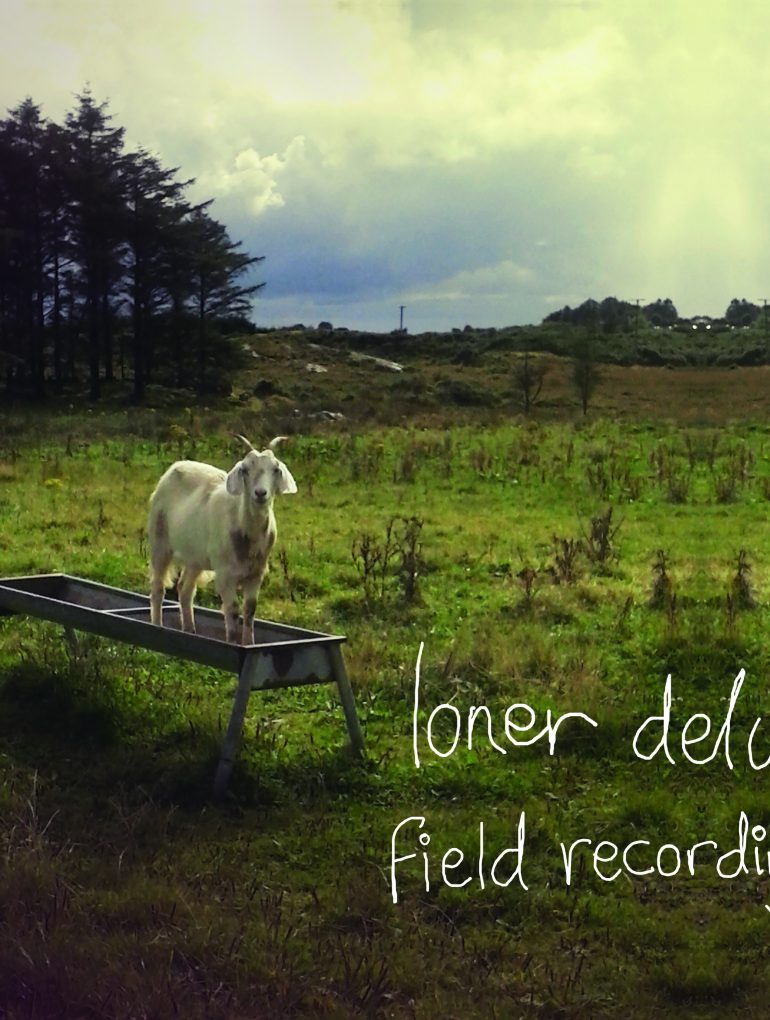 The musical alter ego of Rusted Rail‘s Keith Wallace, Loner Deluxe has just released Field Recordings, the sequel to 2017’s Songs I Taped Off the Radio. The album, featuring Cecilia Danell (A Lilac Decline) and Brian Kelly (So Cow), and mastered by Aaron Hurley (Phantom Dog Beneath The Moon) draws on a wide palette of sounds, from lo-fi bedroom pop with a fuzzy, garage rock edge, to evocative electronica, propelled by the most melodious of bass lines; from stoned, deadpan, hazy hip-hop to instrumentals that sound like they could have slipped down the back of a couch at the Radiophonic Workshop studio, only now emerging into the light of day. What unites these seemingly disparate sounds is the very intimate feel of these handmade recordings. Building on his previously self-invented genre of ‘UFOlk’, the influence of the cosmos continues on this collection – space is still the place.

Although written and recorded in pre-Covid times (bar the pandemic pop song Viral Hit), lyrically this is a loose concept album about technophobia, nuclear fallout, paranoia, dead satellites, vandalised phone boxes, gentrification and environmental collapse. These may be field recordings from apocalyptic times, but don’t let the dark themes detract from the fact that these are inherently catchy and melodic tunes that crack a smile in the face of our potential impending demise.

With Field Recordings, Loner Deluxe and Rusted Rail have once again marked themselves out as producers of exceptional taste, releasing exceptional music with the kind of organic, lo-fi, and interesting sounds we just don’t hear that often anymore.

I absolutely love this album and make no mistake this is an album. This is not just a collection of tunes thrown together, the whole thing strikes me as making sense in the way that it’s sequenced: an LP that deserves to be savoured in the way the tracks have been programmed. Keith and Cecilia make a great sonic team – coming on like a lo-fi Thurston and Kim, produced by early Four Tet. Not overlooking the contribution of the legendary Brian Kelly of So Cow who brings the Midas touch to everything he’s involved with. ‘Field Recordings’ is an album that celebrates the richness of Loner Deluxe’s record collection, but also an album that expresses its admiration for production, for sound, for the possibilities of the studio