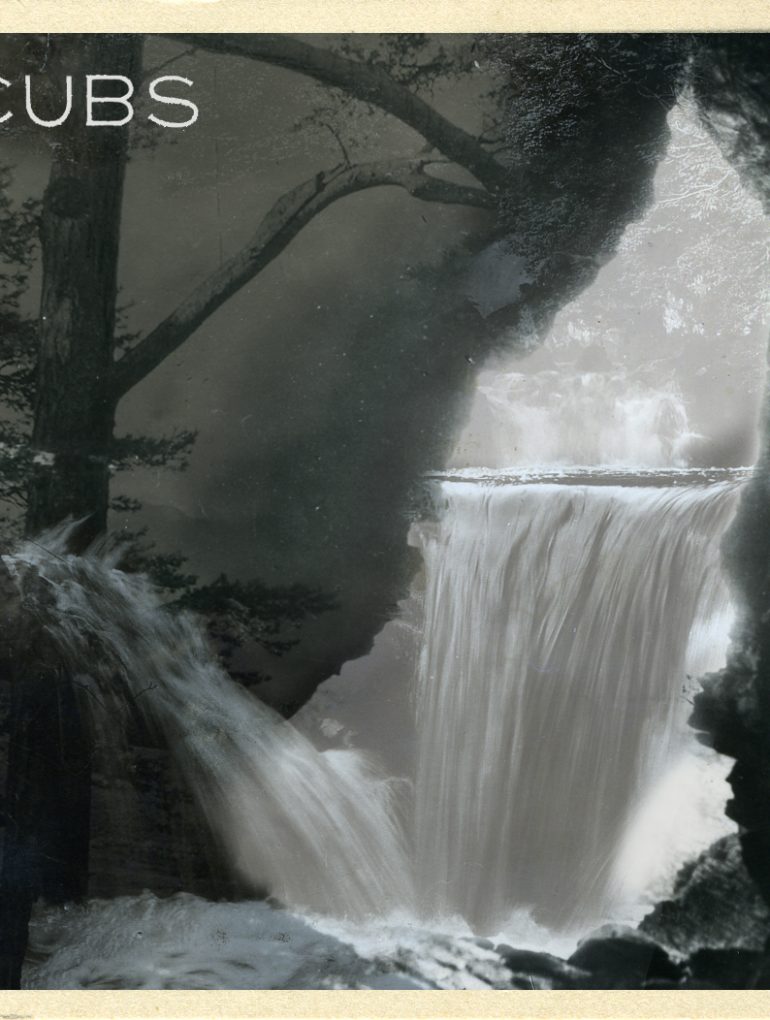 Made up of artists on the Galway based Rusted Rail label including A Lilac Decline, Phantom Dog Beneath The Moon, United Bible Studies and Loner Deluxe, Cubs have just put out their third album, Frozen Waterfall. Recorded in a three week burst of collective activity, the ten track album veers from upbeat forest-folk fingerpicking to mellow moodpieces, with detours into sun-baked songcraft, acoustic atmospherics and even a dash of folk-metal. Frozen Waterfall
finds Cubs traversing territories and sonic space inhabited by ghosts, birds and bells, weaving together a fine patchwork of lysergic lullabies, spooked campfire ballads and drifting folk transmissions. The album’s cover is a suitably dreamy yet earthy photomontage of postcards from the 1930’s discovered at a Belfast car boot sale.

Have a listen to the album and check out the video for the single Aunt Myrtle below.