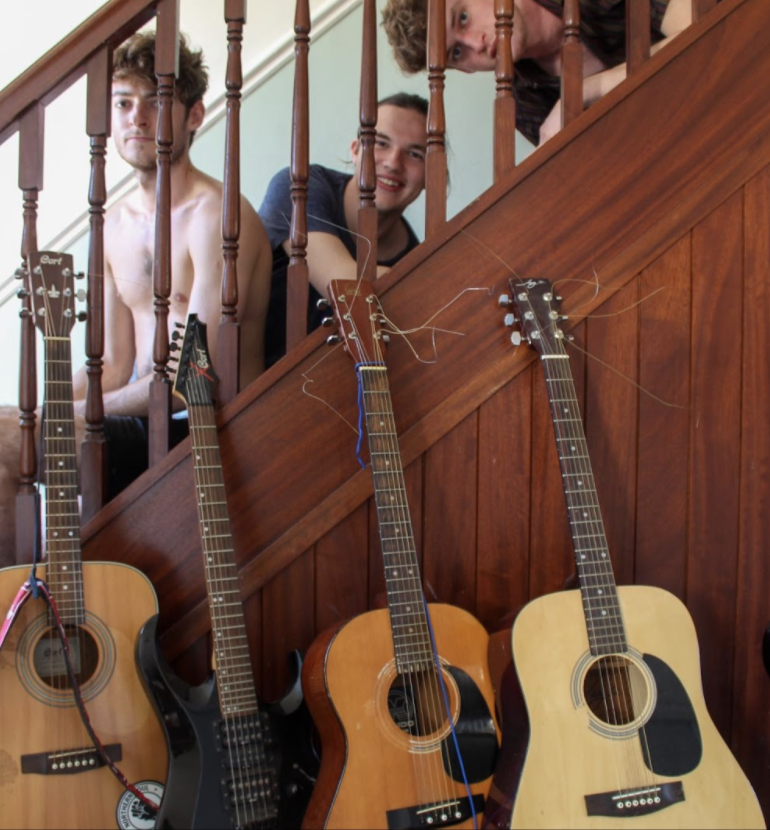 Listen to Avilla Sky, the brilliant debut EP from Limerick’s The Shaking

The Shaking are yet another entry to the bristling DIY scene in Limerick, a 3-piece comprising Eoin O’Sullivan, Adam Guy, and Rory Gibbons. Recording with engineer Chris Quigley has almost become a rite of passage into this particular scene recently, and The Shaking are no exception.

Covering a lot of ground through varying influences such as The Strokes, Pavement, and Sleater-Kinney, as well as a few subtle nods to The Cure and early The Twilight Sad, their 6-track debut EP is a strong introduction.

First single Uninspidered sets the tone and acts as a suitable centerpiece for the EP. Lyrics that dabble in lethargy and frustration are off-set with definitive, aggressive guitars and soaring choruses throughout, from opener Conversation Repeat through to title-track Avilla Sky. Quigley’s production compliments the band’s dynamics, with Doolittle-recalling drum sounds and distorted vocals galore.

O’Sullivan’s forays into introspection and affirmations are where his songwriting shines through the most and this is clear on the EP closer Bog Road, a slow-burning, post-rock epic that all but abandons the playfulness of the previous 5 tracks. This deviation from the norm is undoubtedly their strongest, most adventurous work, and is an exciting insight into their future.

Stream Avilla Sky, the debut EP from The Shaking, below: