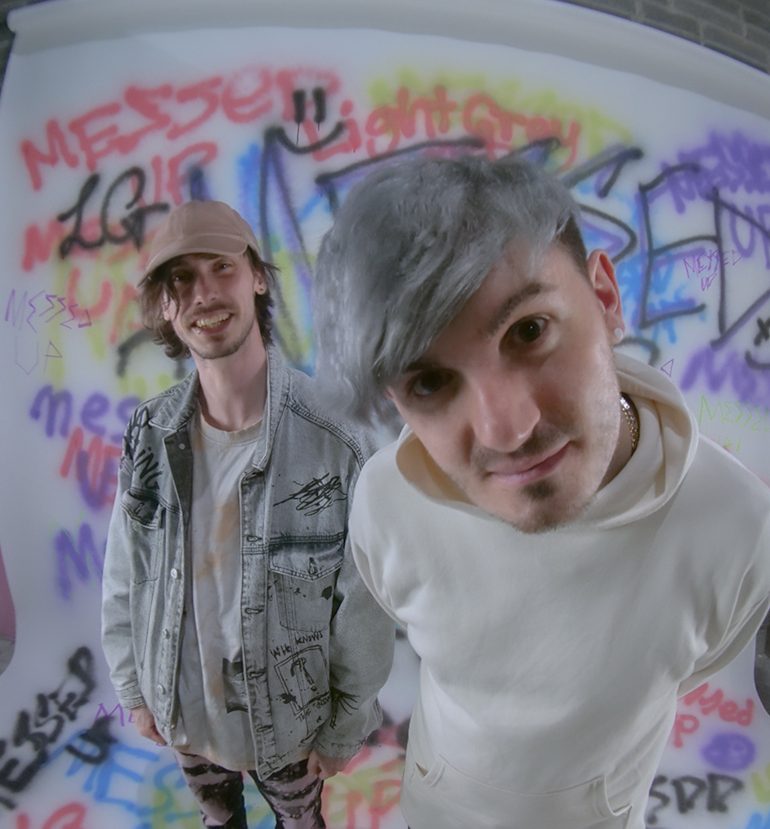 Light Grey diverge into a grittier, hip-hop-accented take on 2000s punk with Messed Up

Galway’s Light Grey are Ciaran Nevin and Mikey Connolly. Entrenched within the captivating domain of third wave pop punk, the duo draws on elements of emo and hip hop to create an effervescent energy all of their own. Now on the heels of a lineup change that has returned them to their original, two-man act, the duo are showing off their evolution with a four track EP, titled “Are You Even Real” due for release on the October 29th. Co-produced and mixed by Luke Bovil, these four tracks mark the band’s divergence into a grittier, hip-hop-accented take on 2000s punk.

“Messed Up” is the follow up to the recently released “Disassociate”. The track showcases the band’s energy and attitude with crunchy guitars and unreserved lyrics, expressing vocalist Ciaran Nevin’s reaction to insults and criticism. “Are You Even Real”, the second EP from Light Grey co-produced by the band alongside HappyDaze’s Luke Bovill is a compelling and vivid collection of songs that include the aforementioned “Messed Up” and the dense and despondent “Disassociate” that was released in July.

The centre theme of the track pulls on the hurtful words people use in the heat of the moment and that no one really means what they are saying when it comes to these words. This song serves as a middle finger to anyone who throws hate around. We’re really excited for this EP. It feels like a turning point for us. We’ve tried so hard to suppress the way we sound to suit everyone else but for once we decided this was an EP for us to express the real us, hence the title “Are You Even Real”