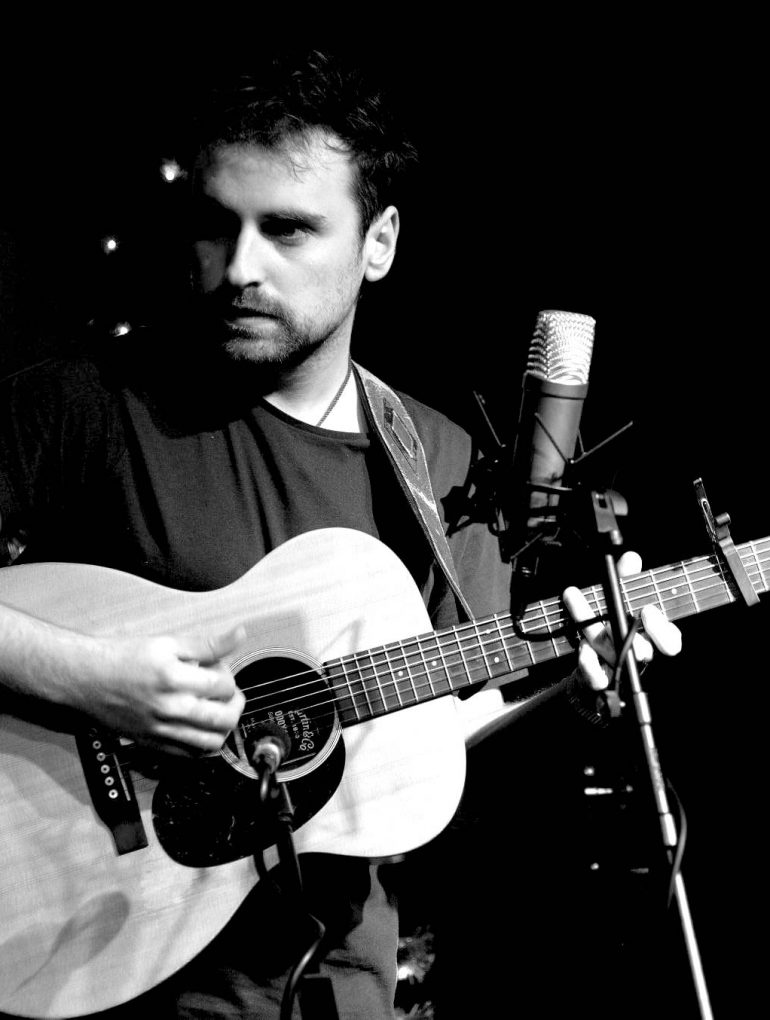 Leevy (Amhlaoibh McSweeney) is a songwriter/multi-Instrumentalist from the Cork Gaeltacht. His punk-infused folk style began taking shape in his early teens, sitting in with ballad groups in Cork City and playing self-penned punk songs in his garage with his peers. Throughout college he performed to hundreds nightly as a frontman/guitarist with session bands and original outfits, which allowed him to hone his performative presence, as he continued to produce his solo material. This culminated with him producing Cork songwriter Ger Wolfe’s The Morning Star and releasing his debut single Set Me Sailing in March 2020.

The EP was self-produced by McSweeney in early 2021, with additional musicians recorded remotely, and is a testament to an artist following his own voice. Blending folk instrumentation, electronic beats and touches and an uncompromising vocal delivery On the Wall of a Friend Buried in an Avalanche is an EP that demands repeated listens – one of the most interesting Irish releases of the year so far.

It was an interesting EP to record, the final practice I had with the other musicians was in March 2020, and I wonder how the songs would have turned out if we were working on them in the same room, with a different energy. I feel like you can hear isolation and loneliness in these tracks because of this. There’s a large influence from film composers like Johnny Greenwood on a lot of the instrumentation of the songs and somehow that got tied-up with drum-machines and folk-punk. I’m looking forward to playing these songs live and seeing how they evolve.