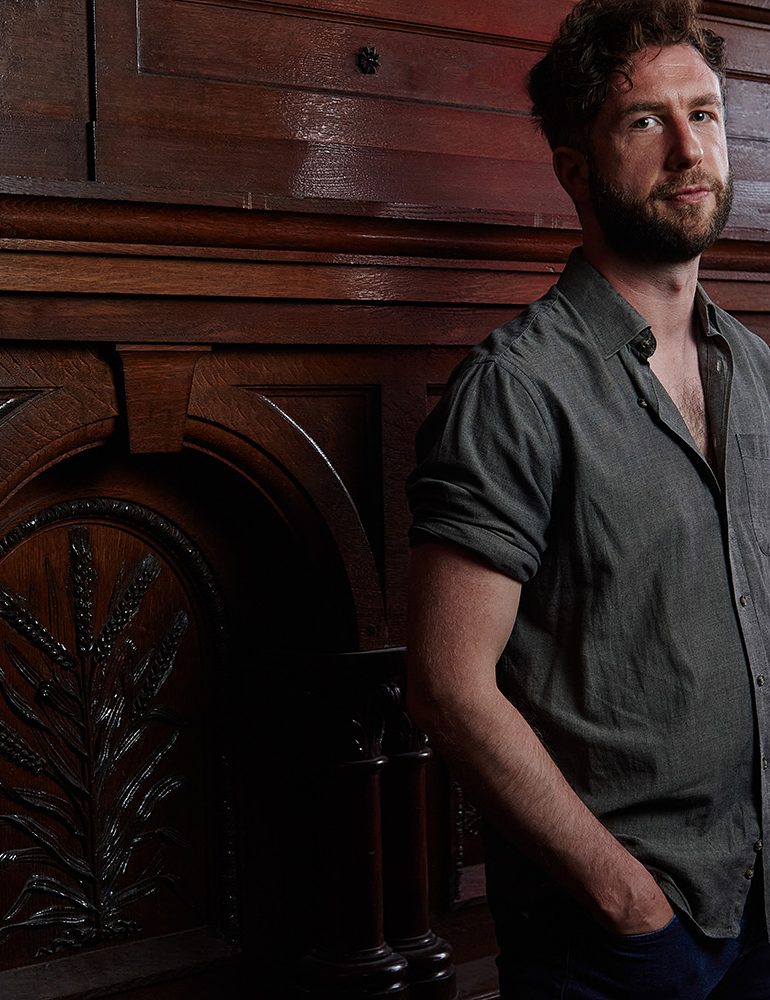 Soulful torch songs such as ‘Silence’ and ‘Shining For You’ propelled Jack into the public and music media’s consciousness, and he followed it up in 2019 with the nouveau-pop mini-album, Ivory Towers. ‘Opera on the Top Floor’ is the first taster of Jack’s new album My Own Valhalla and is a paean to a previous owner of one of Ireland’s most iconic venues in recent times, Michael O’Connor of Mike The Pies. The Cork songwriter has approached these recordings with a starker musical palette in mind – the arrangements representative of a more solitary, yet cathartic place, that songwriters found themselves in over the last year.

Jack O’Rourke’s return to the studio in 2021 marks something of a new departure for the enigmatic songwriter, who has enchanted live audiences and fans since the release of his debut album, Dreamcatcher, in 2016. Jack was joined on ‘Opera on the Top Floor’ by violinists Maria Ryan, (Crash Ensemble) and Lucia Mac Partlin (Strung), David Kenny on viola and Aisling Fitzpatrick, cello. Renowned Cork composer Cormac McCarthy arranged the score for strings and the track.

The song is written from the perspective of Michael and what I imagine for him, was a dual reality – a publican by day, and him feeling free in his sanctuary to bask in opera and art at dusk. I certainly can relate to keeping parts of me hidden. How we all create a Valhalla in order to escape to feel truly authentic – a safe hiding place. The line referring to “my own Valhalla” is relevant, I think for many people. Over the last year, some of us had to create and recreate Valhallas.