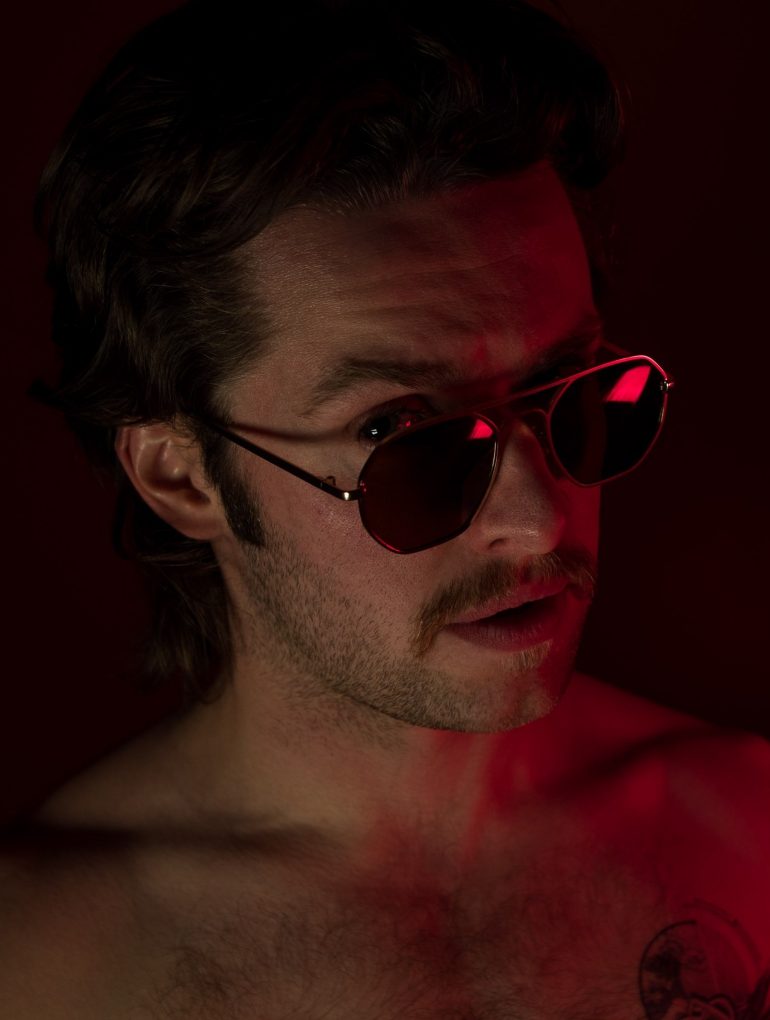 Jack Dora: “One of the reasons I’m self-producing is because I want to find out what my own vision is”

Sligo new-wave artist Jack Dora has just released the quarantine themed electro-funk single Sanitize Me. Driven by hypnotic, danceable percussion and bold vocal delivery the track was inspired by the seemingly endless lockdown extensions and the resulting monotony of our daily routine.

Our Amy McNamara caught up with Jack about producing and releasing music during lockdown...

I’m trying to tackle something that’s quite serious with humour because that’s how I deal with things. If you’re constantly aware of how dramatic you’re acting and you can laugh at yourself, I think you’ve figured something out. Also, when you call attention to something dark with humour people tend to engage more. It’s provocative and I want my music to be just that.

Hi Jack! We’re very excited for your release of Sanitize Me! I can’t help but notice the homage to disco music in the song. Do you think that disco and funk music have had a big influence to your style?

I’ve been listening to disco and funk since I was a child. Music and games like grant theft auto; they had all this 80’s music in it and it was such a joyous thing. I just loved listening to that music and I was so fascinated by the really nice, lush string arrangements that they had. I think when I first fell in love with music it was folk music like Bob Dylan and really heart rending, bare your soul kind of stuff but then I listened to music that was just about joy and celebrating life and there was a lot more craic to be had with that sort of thing. I think that kind of ties into not taking myself too seriously as well. I used to write really serious and confessional folk music and although I know people enjoyed it, that kind of music by nature can never provoke the kind of reaction that I’d always have with disco or funk music. Disco and funk music are so joyous and you just can’t help but want to dance, so I think realizing I wanted to make music that people can dance to is how I started to welcome that influence into the music-making process

What was the process of recording the new single?

It was a really deliberate attempt. I think I first came up with the phrase “loveless lockdown” …that was what I had in my head. I was listening to Kanye’s “Love Lockdown” and I thought it would be a great idea to write a quarantine themed song. I really wanted to call it loveless lockdown but as much as I tried I couldn’t write a song that fit in with that! I spent about five days recording really quick little snippets of funk and any ideas that would come into my head until I struck what I thought was gold. I think I wrote the bassline on the Thursday night and then on the Friday night when I came home from work I finished the rest of the song. It was a very quick thing and I wanted to write something that would resonate now. I wanted to see how quickly I could write a smart and silly song because there is an audience for it now and we all need something to lift our spirits. There’s a lot of music coming out at the moment that isn’t talking about what were going though now and I think its about time somebody released something that’s saying it with humour. We’re all being a bit too f*ckin serious right now.

It’s very impressive that your music is self-produced. Have you been producing music for a long time?

I only started producing about a year ago, at the start of 2020. That’s when I finally got a good software like Ableton and I started producing. It’s a steep learning curve but I learned it fairly quick because I had so many years of writing songs. I had been writing songs since I was maybe 17 or 18. I think because of that; when you’ve listened to songs so much and when you’ve written them you know the formula already and you can picture in your head what you want the songs to sound like.

Sanitize Me is a song about the struggles of lockdown but it has a humorous twist that most artist wouldn’t think of putting on it. Do you find it easy to make music that doesn’t necessarily take its self too seriously?

I’ve always thought it was important to make sure my production and lyrics are of good quality so you help but not take me seriously. I want to slowly tease more serious kind of stuff. I think with the “Jack Dora “project it’s been kind of trying to make people underestimate me and then slowly make them realize there’s a lot more to it. Instead of just being a one trick pony I want to play around with it and play around with people’s expectations.

You seem to be releasing a lot of music in the midst of lockdown. Do you have any advice for other artists that are finding it hard to motivate themselves?

The main thing is routine. I’m a complete routine animal like I need to have things done at a certain time of the day. I do like spontaneity but kind of like organized spontaneity. There is so much time in peoples lives now. And this is the worst time for things like watching Netflix all day and people need to realise there’s a huge number of hours in the day where people spend wasting it. Not that I don’t like movies and shows, I love stuff like that! But you could spend your time writing music instead of that. If you consistently do that you’re going to motivate yourself and creativity will hit and you’re going to be a well-oiled machine. You’re going to know how to write a good song because you’ve been writing all the time. Don’t over think the process and make sure you’re having fun with it. I have a remarkably easy set up here. I just have the interface, the laptop, the keyboard and 2 guitars. If you have the audio interface face and the laptop you can do so much with it.

I’m very excited to see a live gig of yours. What will a “Jack Dora “live gig look like when we are finally allowed to go to them again?

I’m still not 100% sure about what it’s going look like. I have a lot of ideas in my head about it. Ideally, I would love to have a 7 or 8-person band. I want to have a really live sound to it and mess around with classic rock and turn it into disco. Realistically though I’m only starting off and I won’t be able to afford a big band. I might just make some alternative versions of my songs and have a backing track and maybe have a saxophone player playing the synth lines. I want to make sure that I’m not hiding behind the guitar because I used to do that a lot. Id like to just perform with myself and the microphone and be a real silly lad on stage. I want to dance around be charismatic. I want to be Mick Jagger. I know I have it in me – if I can be silly in front of my friends why I can’t I do it in front of an audience you know? I want to start it off as something sparse and then turn it into a big live show. I don’t want to compromise. I like to have full control for this stage of my music. So, if I keep the live gigs and the music I make the way I want it, it will attract other musicians who want to make that kind of music too. I’d take a lot of inspiration from Bruce Springsteen, he doesn’t believe in compromise when it comes to his live shows and he has a really singular vision of what he wants. One of the reasons I’m self-producing is because I want to find out what my own vision is.

Lastly, what’s the plan for the rest of the year?

So, I have three projects in the pipeline. I have two EPs and a cover EP in the works and I’m trying to figure out what that release plan looks like. I think by the end of the year I would say probably two EP’s. A cover one and an original one. I have so many covers built up that I recorded and I thought I could make something pretty fun and maybe it would be fun to release a cover ep before I release my originals.

Before I show people my original’s and what else I have to offer, why not show people the songs they already love. I did a cover of Lovely Day by Bill Withers last week and another cover by Sister Sledge and it kind of helps inform your own voice as well when you’re trying all these different artist and what your take on that is. Also, a couple of tracks for the upcoming EP are being mixed by Yenkee! 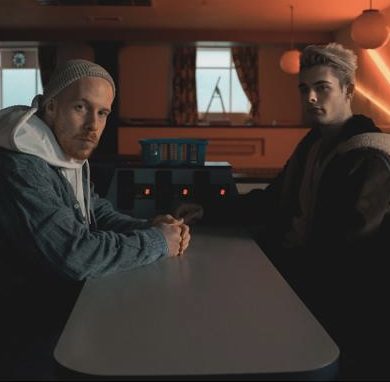