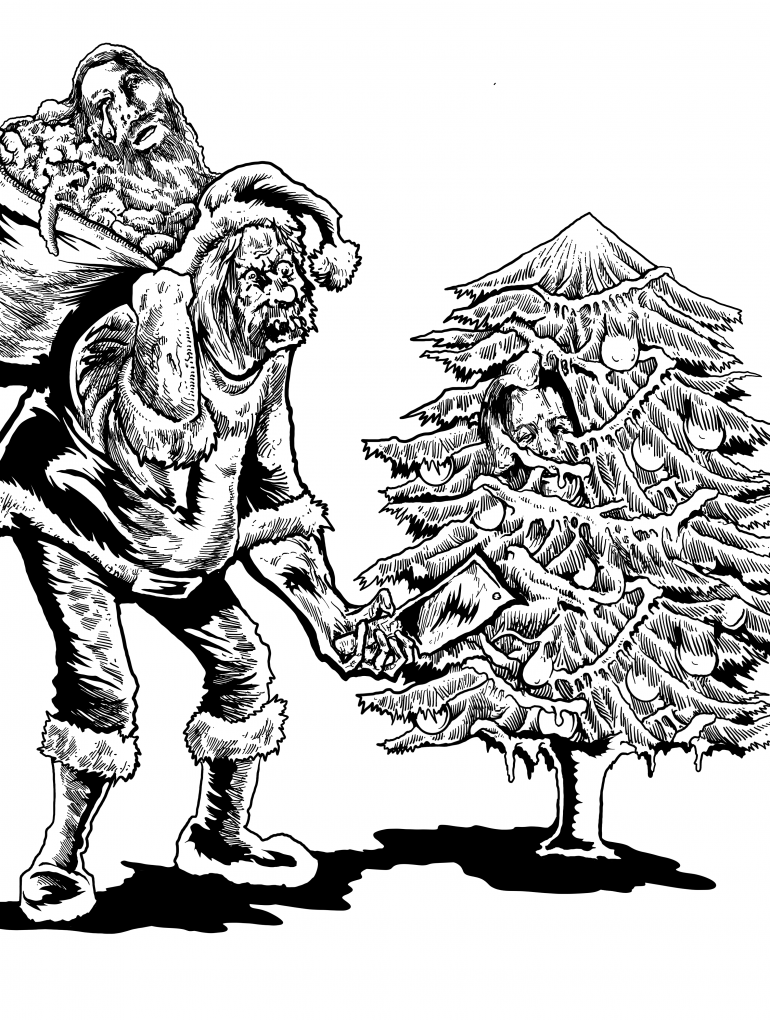 If you listen to one new Christmas song this year, let it be this by Rev. Barry Frink and The Bad Buzz

We belatedly bestow upon you a late Christmas single from Roscommon duo, Rev. Barry Frink and The Bad Buzz. It’s a thoroughly enjoyable and impressive synth-rock jam that should reignite that fading sense of joy and holiday spirit that comes in the aftermath of Christmas day. The press release from the lads is worth repeating so we’ll let them take it from here:

“Some say they’re Roscommon’s answer to McCartney-Lennon, mixed with Leonard Cohen, and a Dash of Mozart, and that they declined a pro-bono recording deal with Steve Albini & Cher. Others say they’re just dodgy cunts who picked up their instruments to take the piss out of the lads in music class in school, and they’re not sure who the joke is on anymore.

Infamously known by everyone for their series of EP’s, each written and recorded in 1 day bursts, this Christmas single is a return to form for the beloved songwriting duo.

Initially written for Mariah Carey as a follow-up to ‘All I Want For Christmas’,  it was deemed by her PR team ‘too progressive’,  and would ‘devalue’ her brand.  But we know she simply couldn’t pull it off…”