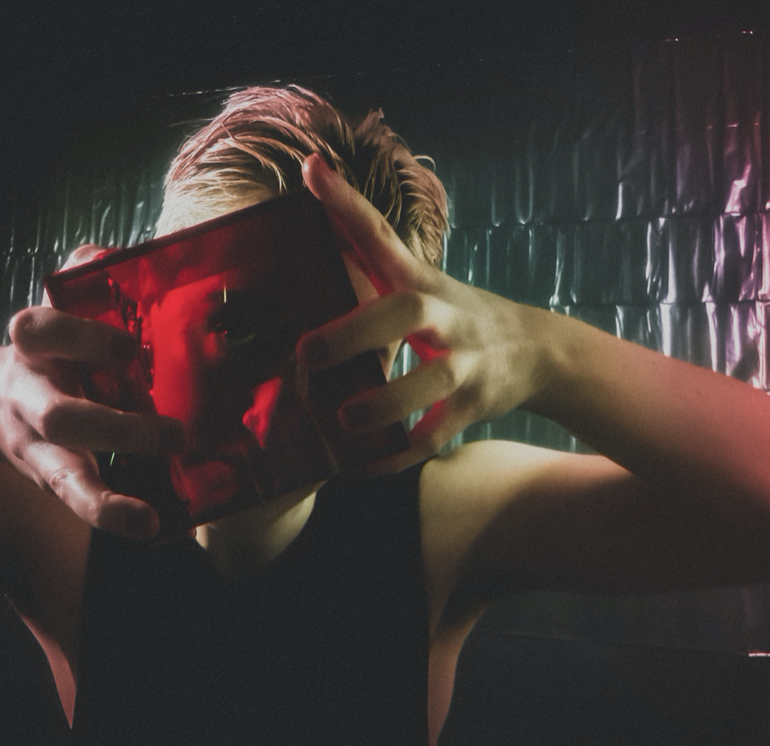 HAVVK are one of Irelands most interesting bands – a band who refuse to rest and definitely refuse to be pigeonholed. Since their first release Once Told in 2016 they have steadily pushed their own musical boundaries with music that over the years has ranged in genre from an almost industrial, grunge influenced sound to a softer more nuanced sound on 2020 release Plans with Friends, an EP which features some incredible talent of the Irish music scene such as Jess Kav, Maria Kelly, Participant and Arvo Party.

It is with their new single Home that they bring all of this together in a fierce melting pot of sound. Lead woman Julie Hough’s vocal often brings to mind the vocal talents of Alison Mosshart from The Kills, whilst Matt Harris’s distorted guitar builds every moment with anticipation and a sense of everything pushing forward; it is a track filled a constant sense of movement.

Julie sent me a few words about the track, the new album and their artist-run record label VETA:

Home is a very nostalgic track for us. It’s about looking back and realising there were guardian angels around you in your youth, even when you were totally oblivious to it. I think the track really captures that freedom of becoming an adult, when you’re moving out for the first time, meeting new people for the first time – and the world seems to be completely opening up to you. But it’s got this pang of guilt attached to it too – because the people we let go or forget to thank, even that younger version of ourselves that we say goodbye to. There’s a bit of sadness to it, in hindsight. But presumably I would have been having too much fun at the time to notice it.

The album is called Levelling and it’s out later this year. The record actually follows a chronology which is why a lot of the earlier tracks are about youth. The album is about our changing perceptions over time, whether that’s rebellion against people’s expectations, realising your identity; your worth and values, accepting loss, or letting go of regret. They’re all things that can hit you so differently at different ages and we decided to try to explore that through the story of a whole life. We started recording the album when we first moved to Dublin in 2019. We would travel up and down to Belfast to record at Start Together Studio with Rocky O’ Reilly who produced our first album. We did a lot of demoing at home and we’d travel up every few weekends to get things finalised. Actually, we were really lucky because we just happened to get one last crucial session in with Rocky before lockdown kicked in properly last spring. Any additional production ideas, we were able to get done remotely.

It’s been a really odd time to release music but at the same time it’s been a fun challenge trying to get videos and photos done despite the limitations. We’ve been running VETA records remotely over the past year and the whole collective has been really supportive of each other helping us get creative ideas off the ground. We’ve always wanted the ethos of VETA to be about artists-supporting-artist, and I think the label really came into its own in the past year.

HAVVK’s new single Home is was recorded at Start Together Studios Belfast by Rocky O’Reilly and can be found on all streaming platforms. The new album Levelling is out later in 2021.