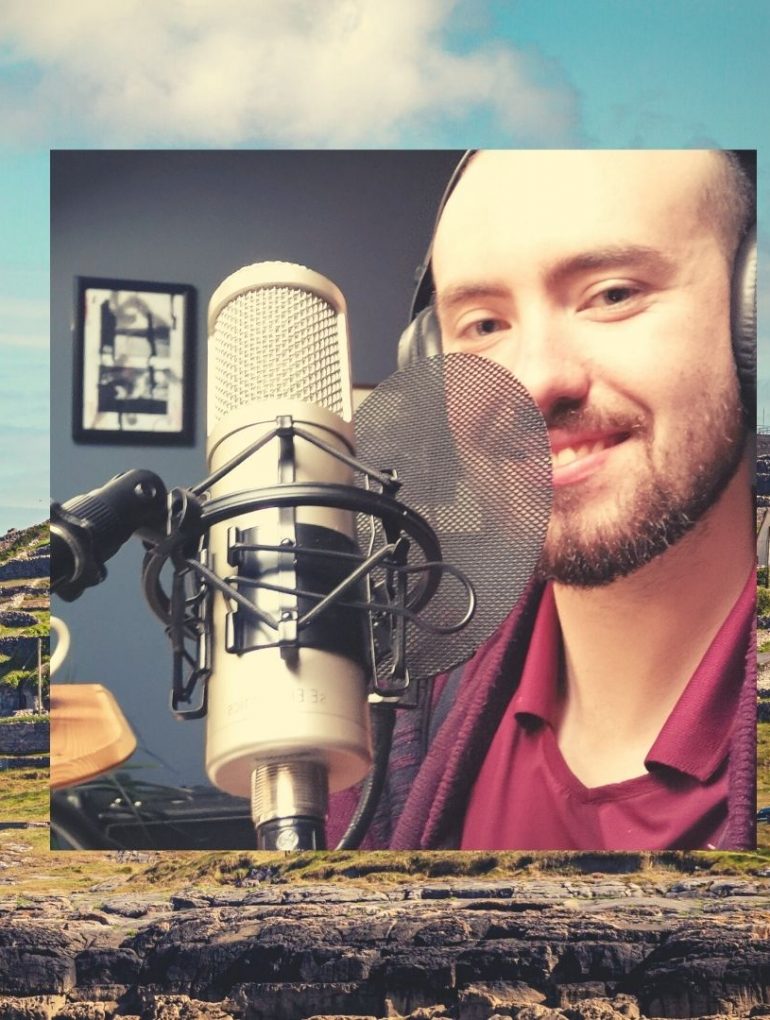 Going Coastal is a podcast for Not Bad, broadcast on Flirt Fm, BCRFM, Ros Fm and Dublin Digital Radio. Each week a different music maker from the west of Ireland hosts the show and plays songs they love. This week’s episode was recorded in Clare by Ushmush and features other west of Ireland acts Rusangano Family, Fal, Ensemble Ériu and Syn as well as some of the music that has influenced Ushmush’s own work.

The last few years in Irish music has seen the emergence of homegrown hip-hop and pop acts inspired by club-friendly sounds from around the world. Blending these sounds with music native to the country, Ushmush combines influences from traditional Irish styles, West African and Caribbean music, South American club music styles and radio-pop. With lyrics sung in a mixture of Irish Gaeilge and English, the self-described daidí of Reggaeltón is a weird and wonderful addition to the Irish music scene. As a recording artist he has released music with Irish labels SESH FM, and the Wagwan collective, and has been featured in publications like Nialler9, District, and on RTÉ radio and television. In 2020, he won the NÓS magazine Newcomer of the Year award.