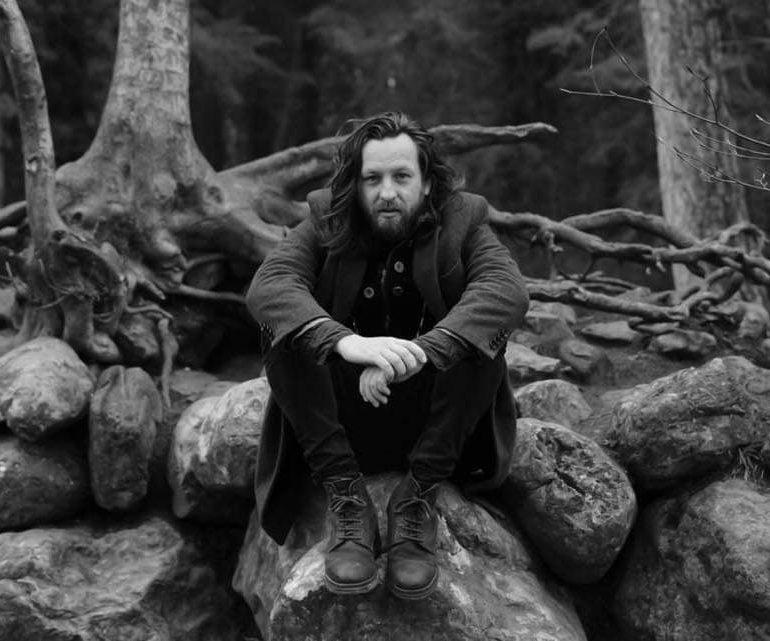 Fia Rua returns with fourth album, Behind The Grey

Fia Rua (Eoghan Burke) has been based on and off in Galway since his debut album Feeding The Hunger, back in 2003. Since then he has released two Galway made albums in 2010 (Falling Time) and 2014 (The Sky Went Low And The Sea Went High).

Album number four Behind The Grey has been five years in the making; a journey which started on tour in Switzerland with long time collaborator and fiddler Christophe Capewell, and ended in Covid isolation in the middle of Ireland. Following a post gig discussion in Vevey, Switzerland, the initial goal was to create a more intimate, atmospheric album with electric guitar, piano and strings, allowing Fia to engage with his lower vocal register – music for the night time. Eight of the ten tracks were recorded in an old Georgian house in Dublin, on the same street once occupied by none other than James Joyce. The song themes move from the personal to the fictional, murder ballads, and evictions in the 1800’s, to inward looking songs of loss and hope, with one track serving as a contemplative anthem for Covid times.

I think this album is me finally being an adult, in certain ways. I have no agenda with it, it’s for myself as much as for the listener. There was no pushing on the birth of this one, no stress about getting it done, it was a joy and I really loved going to different places as a songwriter, I think it’s varied, but with a thread of beautiful sounds running through it, that’s down to the wonderful people involved.