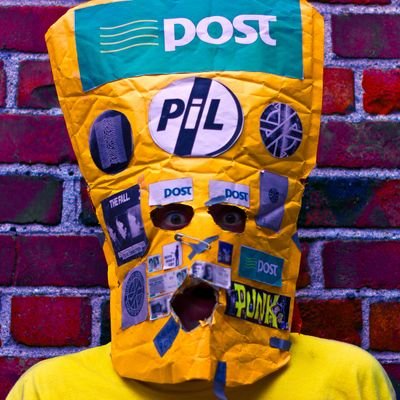 Euphoric Recall, Post Punk Podge‘s newest offering features some of the hardest post punk to come out of the country in recent years. After being delayed for a time he’s back, tackling everything from the leftovers of 2008 in Gentrification Nation to pervasive mental health issues in Panic Prevention – Podge is as on the pulse as ever, pulling no punches and naming names when its time to name names.

Hard Man, featuring TPM, sounds like a pendulum remix of a prodigy tune from 2011 which made me realise that its already time for a dubstep revival judging by the nostalgia cycle we’re in. The refrain “your only tough when your families around” is as resonant a statement to an Irish person as you’re gonna get.

Sonically this thing brings in influences as broad as the Shammen, The KLF, Coil, Nine Inch Nails, Horselips and to a lesser extent The Beastie Boys.

As always I will provide synopsis of the three tracks that grabbed me the most and you can judge the rest for yourself.

Your Name is hectic and does not make any sense to me… “your name was mentioned” as a refrain can mean anything, this is good cause art is supposed to be a prism anyway.  Theres a real existential dread here that I can vibe to any day of the week. The feeling that nothing matters, not even being known, cause you turn into dust at the end anyway. I’m all about this vibe.

Post Traumatic Stress Destruction is a vulnerable deep dive into the methodologies for relieving a panic attack and the stress preceding it. At least I think so. This is the best track on the album. It echoes the best parts of Death In Vegas and highlights the horrible after effects of stress disorders in a way that I can personally relate.

Panic Prevention is yet another delving into panic disorder but this time exploring a more soothing angle, this track and its accompanying video are the best shoegaze you are gonna hear in a long time. Shoegaze seems to draw depressives in due to its anxiety reducing sound often obscuring the words, I like this more audible angle more because it uses the ambient bed as a pivot point from which to launch a proper verbal confrontation with the panic. This is reminiscent of DR Phibes and House Of Wax equations and Kula Shaker in its sonics but also draws from your usual MBV territory.

All in all, this album brings a lot to the table in terms of its heightened awareness of the pervading mental illnesses that are so common these days. The realness of this record is on display from the very first moment. At a time when these problems are at an all time high, it’s nice to hear a realistic sonic accompaniment telling it like it is. We need preachers of truth, the righteously burned are the ones from whom we should take our cues as they are the canaries in the coal mine for the end of the leaning tower of capitalism. If you want a real product of the Irish environment in 2021, here you have it.