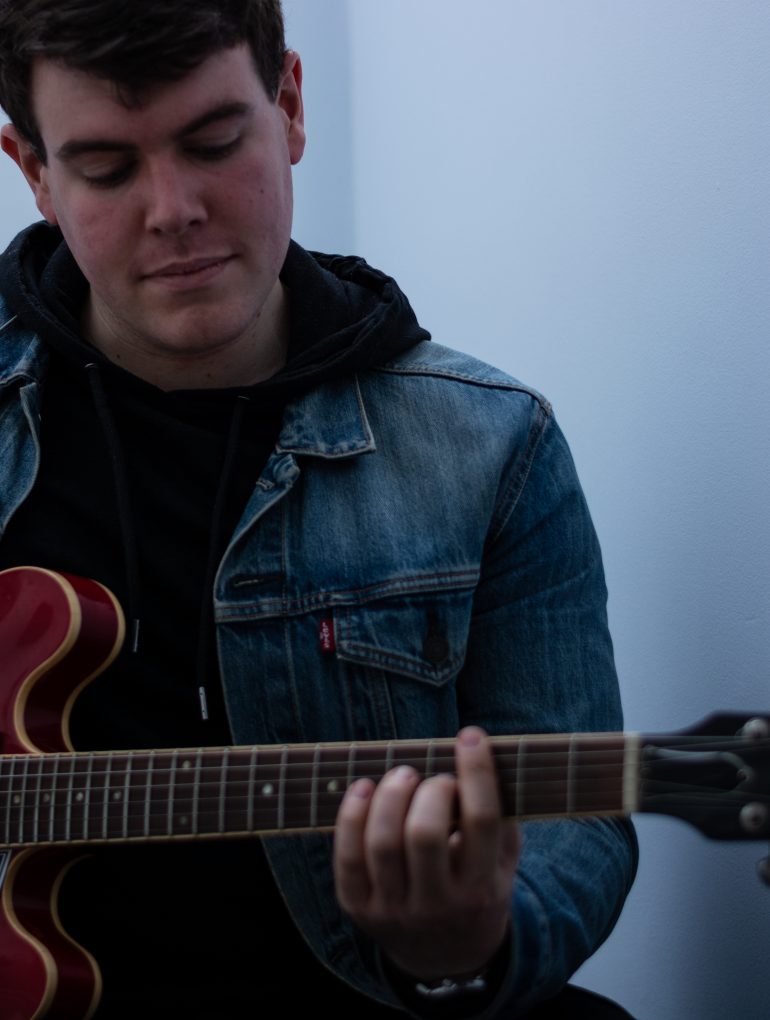 The past few years Headford native and multi-instrumentalist Dylan Murphy has been sat behind drum kits, on duties for Umbrella Records cohorts Derek Ellard and Bannered Mare, whilst also playing guitar for Wexford singer songwriter Luke Jackson aka Jaxson. Now this week a nice surprise came in the form of his very first debut single, Trudgin’, I asked Dylan about the track and what he thinks will come next.

Trudgin’ was actually one of my earliest compositions, the beginning of the melody came to me while travelling between Dublin and Galway and then the rest was just developed further. Ultimately I knew I wanted this piece to be written for Guitar Trio, but right before we went into record the track I decided to try the track with the underlying harmony and I thought it really suited, as the harmony really gives context to what is being played and just helped further emphasise what was going on. I’m planning on focussing on some of my other composing for the next piece to be released; a solo piano piece in a contemporary classical context, centred around the theme of water. As a Galway native, it seems like water and the Atlantic are ever present features of our daily lives, in a good and a bad sense, and this next piece aims to explore this.

Trudgin‘ finds Dylan backed by session musicians Adam Taylor on upright bass and Cian Hanley (James Vincent Mcmorrow, Ailbhe Reddy) on drums, the track culminates in this delicious melange of blues styles. Styles that show off the talents of all involved. As a debut single, Dylan Murphy is off to a great start.

Trudgin’ was recorded at Windmill Lane Recording Studio and was engineered by Cian Synnot and Fergal McKeown and mastered by Fergal Davis. With the live video version recorded at Claremorris Town Hall by Phillip McMahon and Engineered by Joseph Padfield and Kyle Dee.