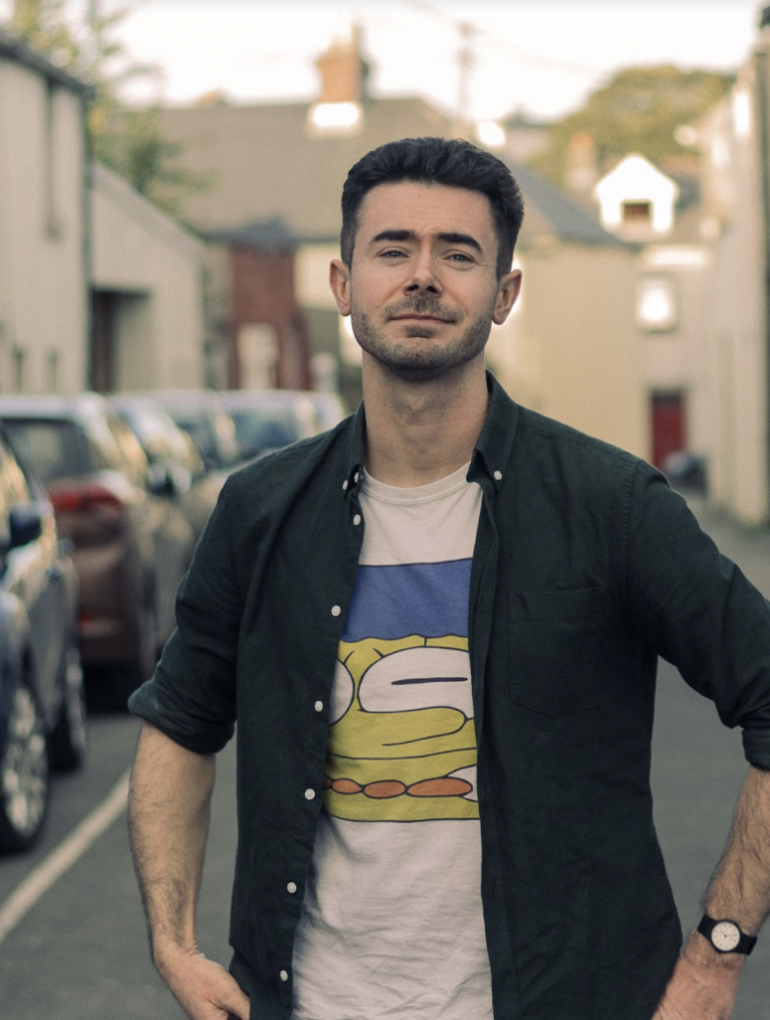 In the Summer of 2019, Galway-based songwriter Dylan Murphy traveled to his hometown of Limerick with his two-piece backing band to record a handful of songs with producer and longtime Van Morisson guitarist Dave Keary. Between The Songs, the lead single from the sessions was originally scheduled to be released in April 2020 but was put on hold due to the music industry effectively shutting down due to the Covid pandemic. The duet tells of a romantic connection developed by a couple of friends throughout the duration of a concert and was inspired by a personal encounter during a punk show at Dublin’s Academy venue. It details the nerves, excitement, and hope that encapsulate a budding relationship painted against the backdrop of a riotous live music experience.

The song itself is propelled by a driving open-tuned guitar riff, played against a steady half-time bass-and-drums groove. As the story progresses, the voices of Murphy and co-singer Emma Langford intertwine before finally meeting in the energetic pre-chorus.

Previously appearing on his 2017 EP …Sings With Girls, Between The Songs was originally recorded as a bare-bones duet with Galway folk-singer Tara Stacey. It became a live favourite and Murphy wanted to give it the treatment he felt it deserved. With Stacey taking a hiatus from music, he found himself without a female voice, and there was only one real replacement he had considered; old friend and bastion of the Limerick music scene, Emma Langford.

Between The Songs was then given the Marta Barcikowska visual treatment in a delightful lyric video. Lovely stuff indeed.