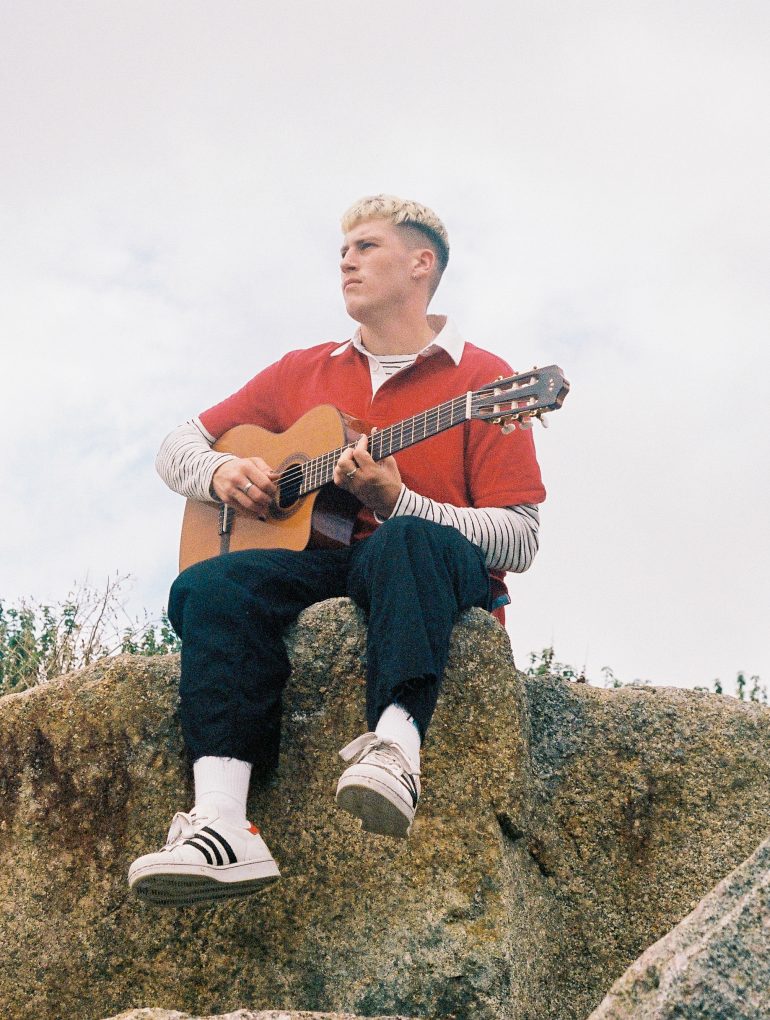 Galway based singer-songwriter and producer JOSSLE has been a musician from a young age, playing traditional Irish music on the banjo/concertina in primary school before migrating onto a more contemporary style when he got his first acoustic guitar at the age of 13. Attending university in Galway he formed the alt-rock band Rodney in 2019 who came up alongside the likes of NewDad and Turnstiles in an energetic and exciting local scene. The pandemic put an end to Rodney as a band and JOSSLE found himself locked down at home in Kinsale.

Left to his own devices he began work on some new songs, incorporating both electronic and acoustic elements into his production and utilising classical guitar, sampled drums and bass guitar to create a textured and interesting sound that branched away from previous indie rock roots. After experimenting for the best part of the year with recordings at home we have recently been treated to a new single called Garden Couch.

The single is a laid back, indie-acoustic composition that draws influence from pop artists such as Still Woozy and Clairo.

Garden Couch emphasises the serenity of living in the present, allowing small moments of happiness to fill your perception and influence the way in which you appreciate the life you have.