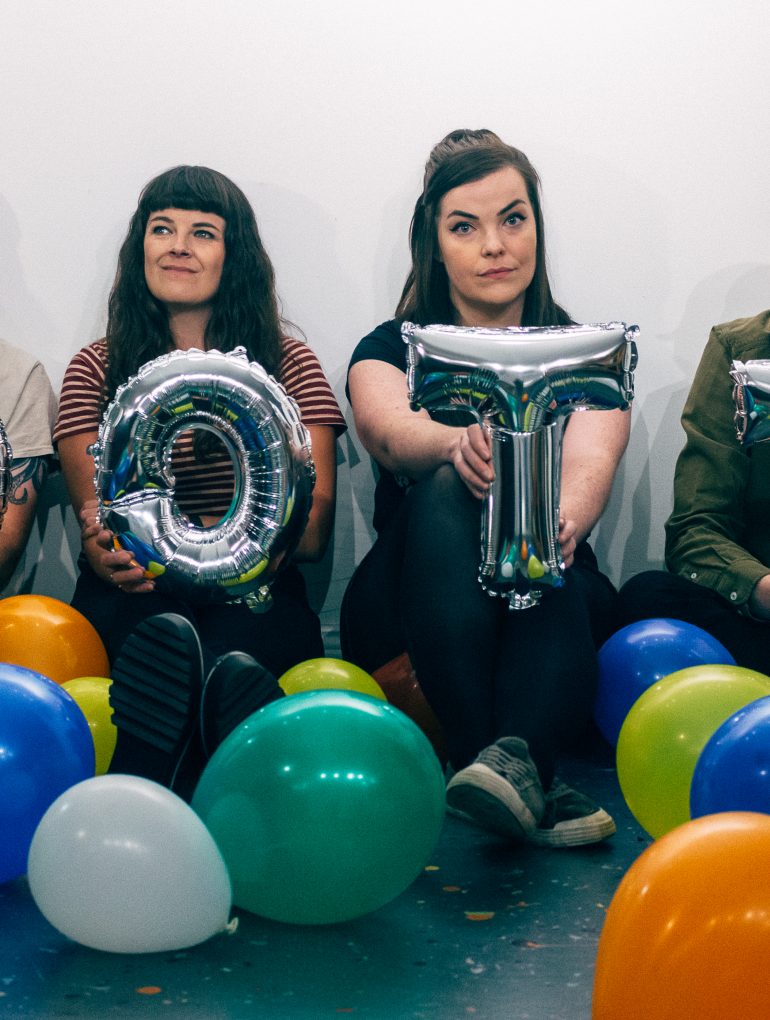 After a decade or so of hanging around the Galway music scene, some things appear to be constant to me: people borrowing tuners, Donegal expats just being better at folk than everybody else, cajons restricted to the streets and Dott making solid gold jams. It’s a relief to have it. Whatever this ‘new normal’ is for music and for our city, it’s a pleasure to have Dott’s new single Extra Introvert as a tonic to all this uncertainty.

It’s also a timely reminder of how important they are to local music. Dott have been a constant in the Galway scene since around 2012, with early EPs gaining attention from prominent national and international blogs leading to full-length albums; Swoon (2013) and Heart Swell (2018) with Graveface Records (GA, USA). Even after signing with an American label they kept a strong community element to their gigs and to their music. Curated nights in the Galway Arts Center and Nun’s Island Theatre have become legendary over the years and previous Dott music videos have been nods to the scene that they play in and for. In the new video for Extra Introvert, dogs of all shapes and sizes form the backdrop, a canine collection which reminds me a lot of Dott’s music; comforting and playful, but with a serious bite. More recently, I’ve also noticed a bit more of a drone twist in their recordings and live sets, perhaps off the back of their support tour with legendary Chicago rockers Shellac or maybe a nod to some of their more metal/hardcore roots.

Extra Introvert deals with the ordinary and, in that, the common anxieties that many of us face. The thematic timing to this record, intentional or not, could not be more on-point. Dott’s latest release puts the uneasiness of social anxiety to the fore and dismantles it through steady beats, top notch dream pop harmonies and a grungy chorus. McCarthy’s lyrics are reflective and vulnerable, offering an antidote to the stresses, while also appearing to appreciate the simple pleasures of the home and the comfort it offers.

If Extra Introvert is anything to go by, Dott’s third album, which is to be soon in the pipes is something to really look forward to. Undoubtedly cementing Dott’s position as one of the most consistent and exciting bands in Ireland. Extra Introvert is best served at home in your kitchen with a coffee percolator on the go and with one or two dogs or possibly a cat by your side.