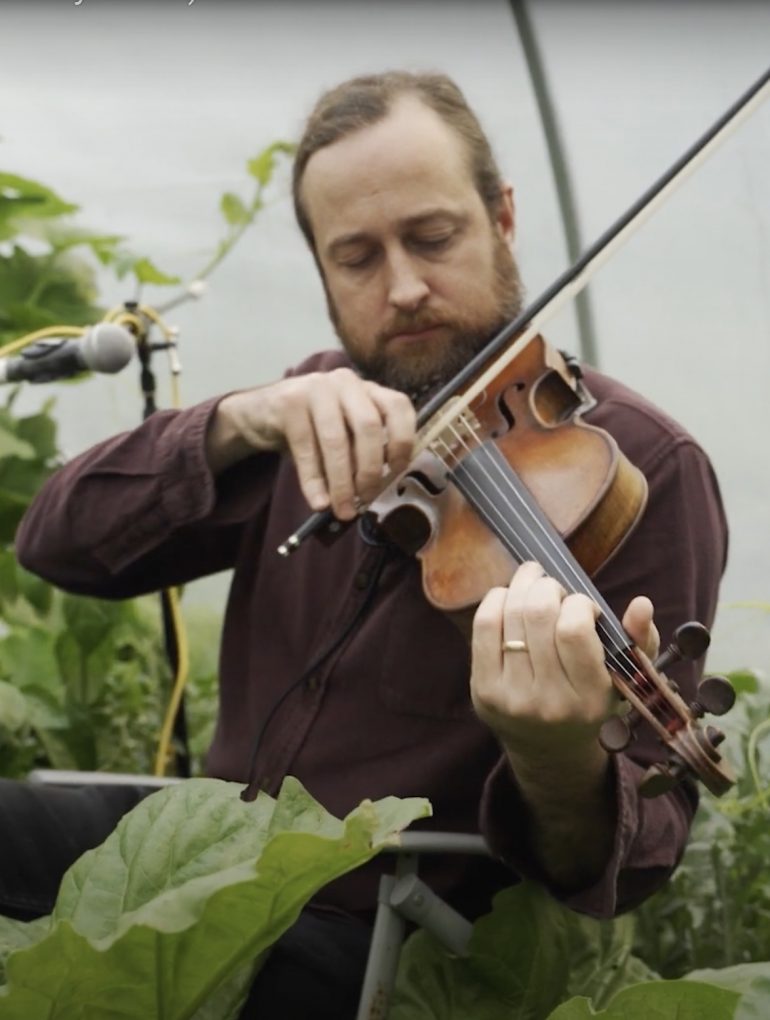 Mayo three piece Doppler have just put out a smooth new instrumental called Barracuda with a live video shot in a lush polytunnel. This follows on from a busy lockdown for the band who have performed on several high profile social media channels (FlutterTone, Hot Press Y&E Series, Linenhall Arts Centre, Cuppa Tea TV, and Finbar Hoban Presents to name a few), performed live in the Ballina Arts Centre and have booked several gigs for this winter including a scheduled show in the TF Royal Castlebar. However, the band had higher hopes for this year, having built an impressive fanbase online through genuine engagement and hard work.

Our plans have taken so many blows. We had hoped to have released much more music but because we have been either laid off from work completely or on PUP. We can’t afford to get to the studio right now. This coupled with the fact that we can’t gig to make any money has forced us to think outside the box. We know we have a polytunnel, a laptop, a video camera and time. This way we got as tight as we could on this instrumental track and rehearsed a lot. It’s an intricate little piece so it was great fun to get right.

The video is not only testament to the drive and ambition of the band, but showcases a healthy amount of musical talent and taste as well. Barracuda is a smooth and thoroughly enjoyable throwback to the instrumentals of yesteryear – the perfect antidote to these anxious times.