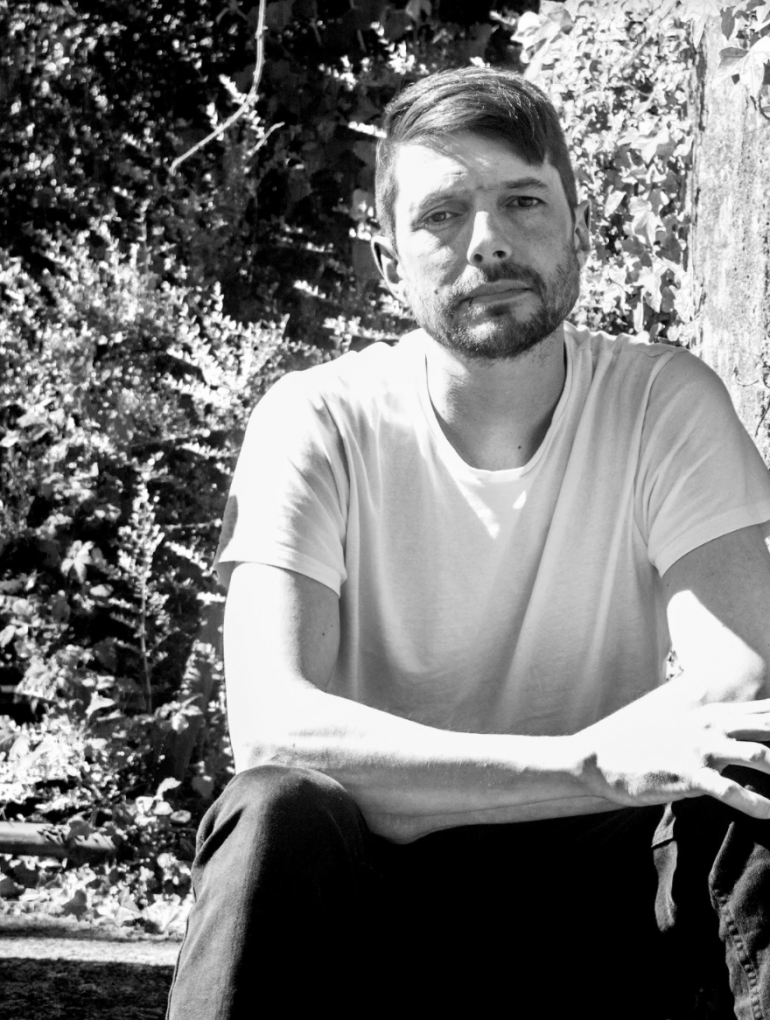 Derek Ellard: “You can feel it rolling in sometimes, the darkness, it rolls in, oh man…”

you can feel it rolling in sometimes, the darkness, it rolls in, oh man, you feel like you need to ring someone or just sit round, drink cans and talk shit with people

Ahead of his show tonight at A Modern Movement in Galway Summer Garden, Tipperary born (but long term Galway resident) Derek Ellard catches up with our man John O’Connor about lockdown, social media, recording, working with Umbrella Records, taking care of each other and getting back to what matters in life.

So, Derek, what’s been going on?

A lot, and not too much as well. It’s a funny old time right now – its ups and downs to be honest. At the start of the whole thing I wasn’t giving myself any time off to begin with. There was so much free time, so I wanted to be creative. With the cover work and the original work, I was always being creative, I had never realised how the gigs and the cover work affected the drive to write, to just be creative and I think the whole thing has had a knock-on effect of that. Usually It’s 24/7 tunes, and working with many different people to achieve that, so I suppose that’s changed it a bit.

Has lockdown changed your approach to music?

Since lockdown started I’ve started taking the whole social media thing a bit more seriously. It’s still a pain in the hole but, unfortunately, to get anywhere you have to play the game: you have to work the playlists. I know people were going crazy about the pay thing with Spotify recently but the reality is that if you’re a modern musician you have to be using every tool at your disposal. It’s your way to build a real fanbase and have people want to follow you, while being interested in your story – to just get your story out there. Every musician has a good story, every one of them does. Once you put in the years there is a story there. Everyone loves the rags to riches story.

I know people were going crazy about the pay thing with Spotify recently but the reality is that if you’re a modern musician you have to be using every tool at your disposal.

Apart from the music side of things, how have you been dealing with lockdown?

At the start it seemed easy, for sure, and then around the three months in mark it became almost like a sort of existential crisis, like, what’s was point of it all? The point in going out, like, we really have everything we need kind of right here. What I realised is you need an outlet, you need to be creative – it’s not just about your job. Even treating the music too seriously can be detrimental. From then on though, after the initial three month point, it’s kind of settled. The existential crisis has been up and down. Some weeks have been good some weeks have been bad, and I think it’s like that for everybody.

You seem to be invigorated recently, would you say you’ve kind of found your step?

I think I’m trying to prove my worth a bit. Because you’re doing it all the time: the originals, the gigging, and sometimes that gets a bit confusing. So, when covid came around it gave me time. I had like fifty demos’ there with twenty of them fully produced and ready, just need touching up and small re-records, so I got the first one out of the way and it became ‘let’s do this’. Having the lads behind it, Umbrella Records, made it a bit easier 100%. But the heart and soul of all of that is Joe Padfield – his work ethic is incredible, a damn polymath. Not only is he picking up skills, but he is mastering them for the benefit of the group – he is incredibly inspiring. So to be sitting around doing nothing while he eats every task he sets himself… ah it’s mad. He really does it all – he helped me shoot, write, record, colour grade the videos. Ah John, the Bannered Mare stuff is riff-tastic. Having him on board really pushes me.

Padjo Dolan: “I managed to get a lend of a 1971 VW van and myself and a few pals headed back to Connemara for a few days”

Two of your recent releases, Equal to or Greater Than and Wine Shake, were both older songs written and gigged a few years back. Do you find a difference in your writing from then and now?

Yeah, they were both meant to be released after the single To Each Their Own but I had an artistic fluttering. I felt like I couldn’t do it. I couldn’t deal with the averageness of the recordings, the clunkiness of the songwriting. I was asking myself “why do I have it out there if I wasn’t happy with it”. So I took it all down and we just held onto the songs and the early versions – I’m so happy we didn’t release it. I’m quite impatient. Over the years I’m starting to gain a hair of patience as I go through it. I’d like to say it’s good to be back, but in truth I’ve never really gone away. I’ve been lucky to have taken a few years just working on it all. I went to Bimm, which really helped; set up the cover band; started gigging regularly; just worked on music 24/7. My wife told me to quit the job I was doing and that’s what really kicked it into gear, and I’m happy I did it all.

Your latest single Understandably Forgiven is out now and tackles mental health and suicide – can you tell us a bit more about that?

That’s exactly what it’s about. The idea was not to write a song for the people who were affected directly: the people who are suffering with mental health issues and thinking about taking their own lives. I didn’t want it to be about them. It’s about the people around them that can support them to get through it. It’s shone it back on us, and our inability to talk to people and reach out and just say you know “how the fuck ya getting on, haven’t heard from you in ages” or the ability to talk back and say “ah not feeling great” and get people to elaborate on that and hope it helps them to feel better. It’s more the idea about people who are not being affected directly, getting them to reach out more, and getting them to be a bit wiser and more empathetic. This year’s suicide awareness campaign theme is awareness and togetherness and that’s what the song is about. You can feel it rolling in sometimes, the darkness, it rolls in, oh man, you feel like you need to ring someone or just sit round, drink cans and talk shit with people. You sometimes forget that you are also an important cog in others wellbeing. And how big everything is. It’s hard not to get wrapped up in that, and the whole social media part of things and that life we kind of live right now, you know.