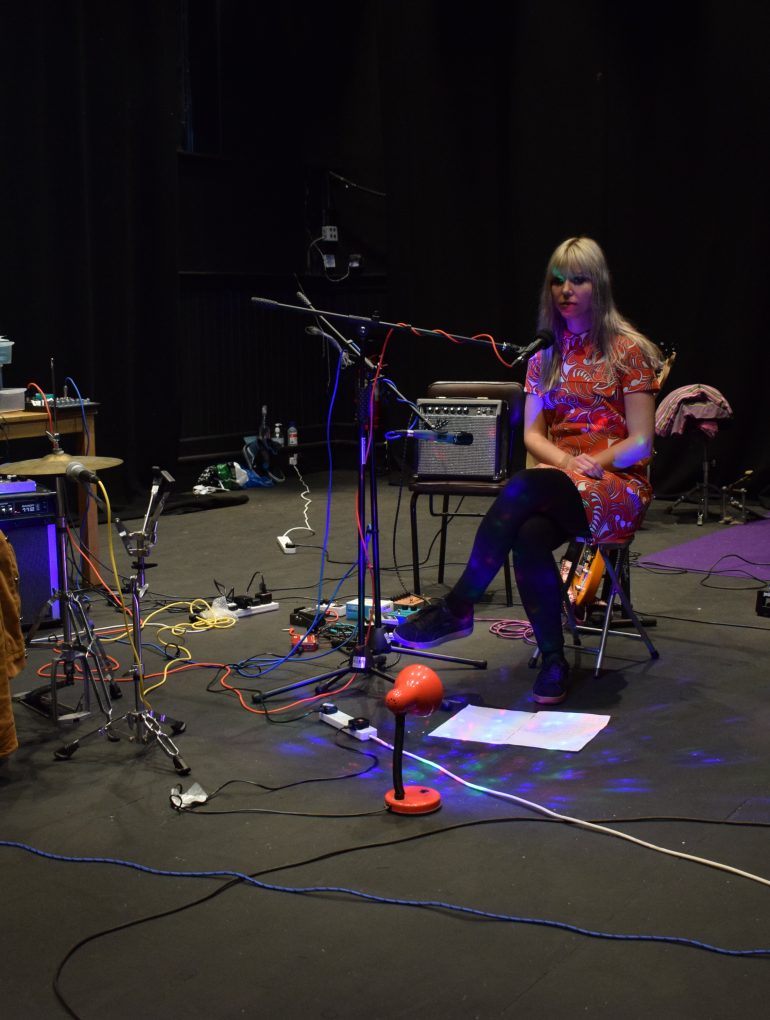 Hot on the heels of their brand new album ‘River of Amber/Frozen Waterfall’, Galway-based folk-rock/experimental band Cubs have performed and recorded a short live gig featuring songs from their new album. Their performance was captured at the historic Nuns Island Theatre as part of a pilot project coordinated by the Galway Musical Artists Group helmed by Eoin Dolan, which is agitating for a permanent municipal rehearsal space for Galway City musicians.

The new album has been described as “melody, atmosphere and imagination combining to create a highly listenable album that will become an old favourite” by Terrascope and as “like wandering around Glastonbury Festival and stumbling across a secret stone circle with musicians dressed in matching costume playing magical tunes to an audience of eager listeners sitting around a campfire” by Sic Magazine. Any Galwegians wishing to shop local will be glad to hear that the Cubs CD is now in stock at Bell, Book & Candle at the Small Crane.

The “virtual launch gig” by Cubs can be viewed at the Rusted Rail YouTube page and the album can be got over on Bandcamp: rustedrail.bandcamp.com/album/river-of-amber-frozen-waterfall