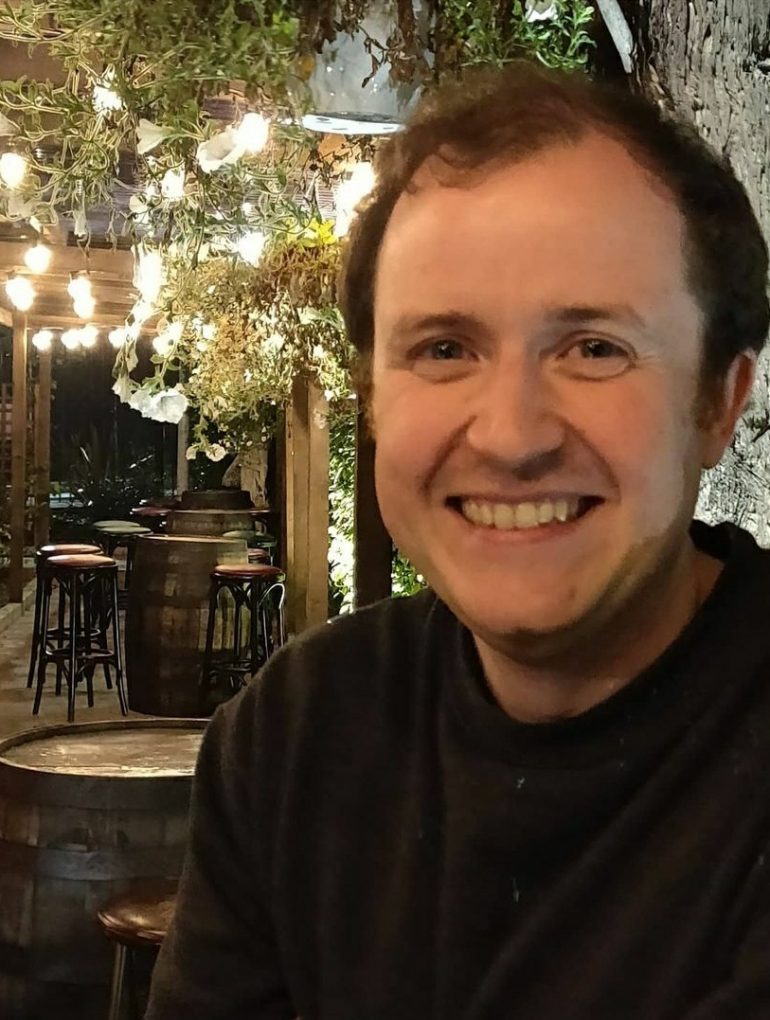 Donegal native, Belfast-based, Conor McCafferty writes and produces electronic music with a melodic sensibility. His compositions are mostly synthesizer and sample-based: he writes off-kilter pop songs with harmonic progressions, and he builds layered soundscapes in his instrumental pieces. Apart from his solo output, Conor has played with bands in Belfast and Donegal and produces original music for documentary films and podcasts.

Just out on Bandcamp, Bizwoozi is an instrumental EP that blends slow-burning deep grooves with more exuberant numbers like the dancefloor shimmer of Six Dutch and the stutter-stepping Stop Strikethrough Go On. The six tracks showcase different moods, alternating between steady build-ups and sudden flashes of energy.

I’ve been working on these instrumentals in-between writing songs with vocals and soundtrack pieces. Instrumentals can give you a bit of freedom because you don’t need to worry about lyrics, but they’re also demanding in their own way. The tracks on this EP are all quite different, maybe because of the time delay – the first track came from the first lockdown back in 2020 whereas others emerged quite quickly when the sun started shining in 2021.