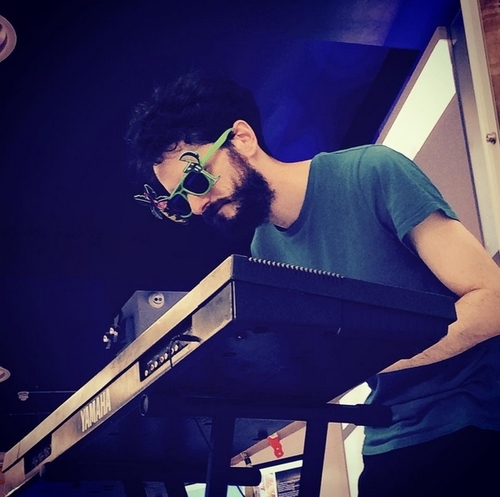 The north-west’s suavest, and often funkiest, composer Comrade Hat has just released a dreamy new single. Cracking the Code is the follow up to shimmering lockdown epic Summer of Glove, a song which earned the Derry artist praise for it’s alt-pop surrealism and lush instrumentation.

The Comrade’s latest release retains some of the extravagance of Summer of Glove but threads a gentler and more introspective line – a personal meditation on language, place and meaning which unfolds against an understated electro-folk-soul backdrop with sweet vocal accompaniment by Siobhán Shiels and Ruth McCartney of Donegal band Great White Lies.

Antrim-based video artist TheeHyperstation, aka Mark McKeown, draws out the probing quality and mystical inferences of the song in a richly layered visual tapestry that pairs arresting material of his own devising with ‘found’ footage from Comrade Hat’s archive, including both recent travels in the west of Ireland and recently recovered footage from his tour of Canada in 2016.

Cracking the Code is out now and an album, Old Gods, Vol. 1, is expected in November.