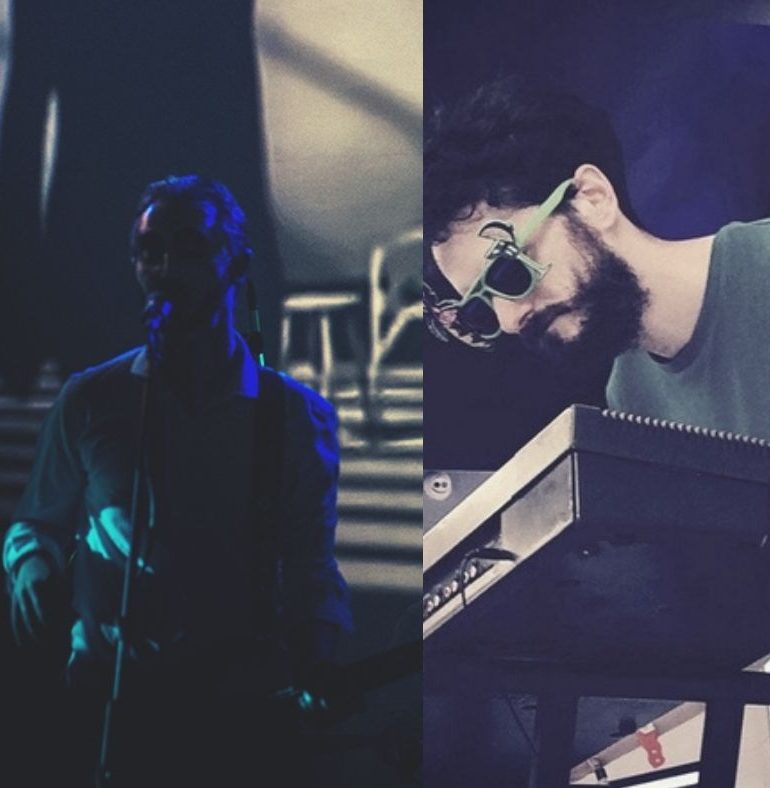 Today I am enjoying this darkly transcendent reinterpretation of a track called Meaning Obscure, originally released earlier this year by Donegal artist Captain A. He teamed up with Derry composer Comrade Hat to reimagine the song and a kind of magic ensued…

I sent the score from Meaning Obscure to Comrade Hat, and he blew it up into this huge electronic soundscape. We met up at my studio after Comrade Hat was able to escape from isolation and worked out the beats and arrangement and kinda developed the trip it goes on at the end with the Curlew sounds on it, which were played by Comrade Hat while I controlled the synth. It’s definitely a 50/50 collaboration more than a remix.

At nearly seven minutes long Meaning Obscure Measca a Dó has an air of the grandiose about it – the next chapter in a journey begun three singles ago with the original release, and continued recently with another spacey jam, Dark Matter Mariners. Captain A is a man on a mission, propelled by caffeine and arpeggios, and with the assistance of Comrade Hat has created another Taobh Tuathail worthy chilled out wedge of introspective electronica.