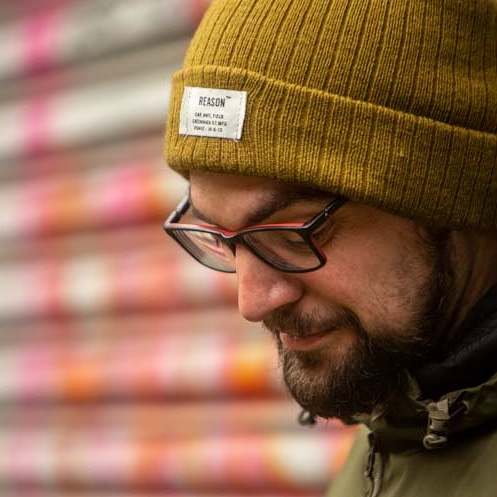 Bobsleigh Bob releases the contemplative How To Measure A Coastline.

There are albums you gravitate towards in the day, albums that lift you up, albums that demand to be listened to while the sun is shining. Be it something rocky, poppy or just a personal favourite. Then, there are the albums you approach when the sun has set. albums that are more fitted for strolls under the moonlight with your headphones on, albums that add to the feeling of getting lost in a world in which everyone else is asleep, alone with just you and the music. How To Measure A Coastline is exactly one of these albums.

Dublin born but now Living on the West Coast in Limerick Bobsleigh Bob Aka Rob Davis came up with the concept for the album during a podcast in which the idea of how hard it is to measure a coastline was discussed, because the closer you look the more details you see, which Rob felt this is as true of everyday life too, with that in mind he took to writing what would become a musical exploration of the concept itself.

It is a deep meditative immersive piece of work that mixes a fine line between Doveman, Matt Berninger and Jacques Greene with its mix of moody synths, soft layered keys, subtle instrumentation all built over Robs own Berninger esque vocal, given the whole thing a mix of contemplative and original piece of work that all comes together to craft the perfect late night accompaniment to getting lost in the world.

How To Measure A Coastline is out now and was written, recorded and produced by Bobsleigh Bob, Mixed by Mike Gavin and mastered by Tony Fitz.