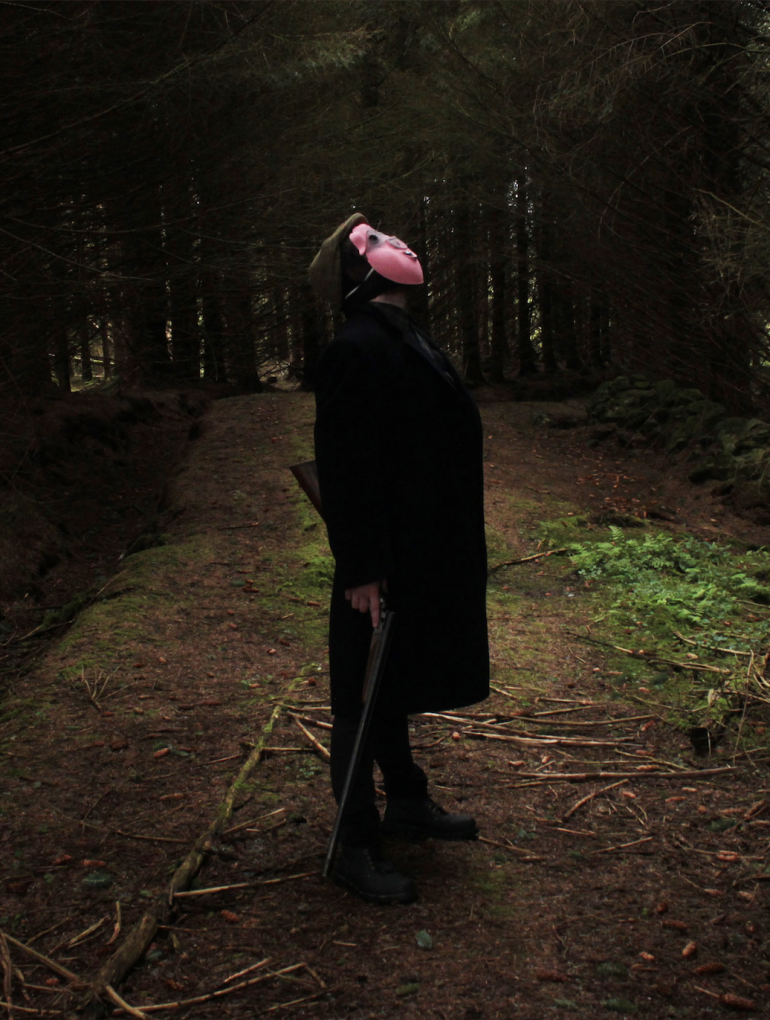 BMWMM get deep and creepy with new video for Warp

Indie-synth-rock band Bury Me With My Money, is the manifestation of the sounds inside the head of Tomás Concannon. Formerly of grunge trio Ka tet, Tomás has found a new direction buried within dense synth sounds, dancey beats, vocal experimentation and obscure song structures. With the help of Umbrella Records’ co-founder Joseph Padfield (Bannered Mare & Race The Flux) the two have produced a collection of unusually catchy songs about love, mental instability and political angst.

Warp is the fifth single from their debut EP titled Karosi and it comes with a downright creepy video featuring “a peaceful meditating rabbit, inspired by Gandhi vs. an angry aggressive farmer pig, representing the evil in humanity.”

The track itself begins with a variety of recorded sounds including a 1940’s telephone, the click of an old camera, the translated drone of the planet Saturn and a young Ben Kingsley reciting excerpts from a speech by Gandhi: “There is no cause for which I am prepared to kill. We will not strike a blow. They may torture my body, break my bones, even kill me… then they will have my dead body. Not my obedience”. This powerful message sets the tone for the track as it builds from delicate meditation to emotional explosion…

I had a loose vision in my head of what it would be like if humanity were judged by a species from another galaxy and also what I would like our message to be, if the song was to be launched in a time capsule that was somehow picked up by aliens in the distant future. As you can probably tell my headspace at the time was quite out there… The song is a reflection on what it means to be a human being on a universal scale and how we are no more than a blip on that timeline.