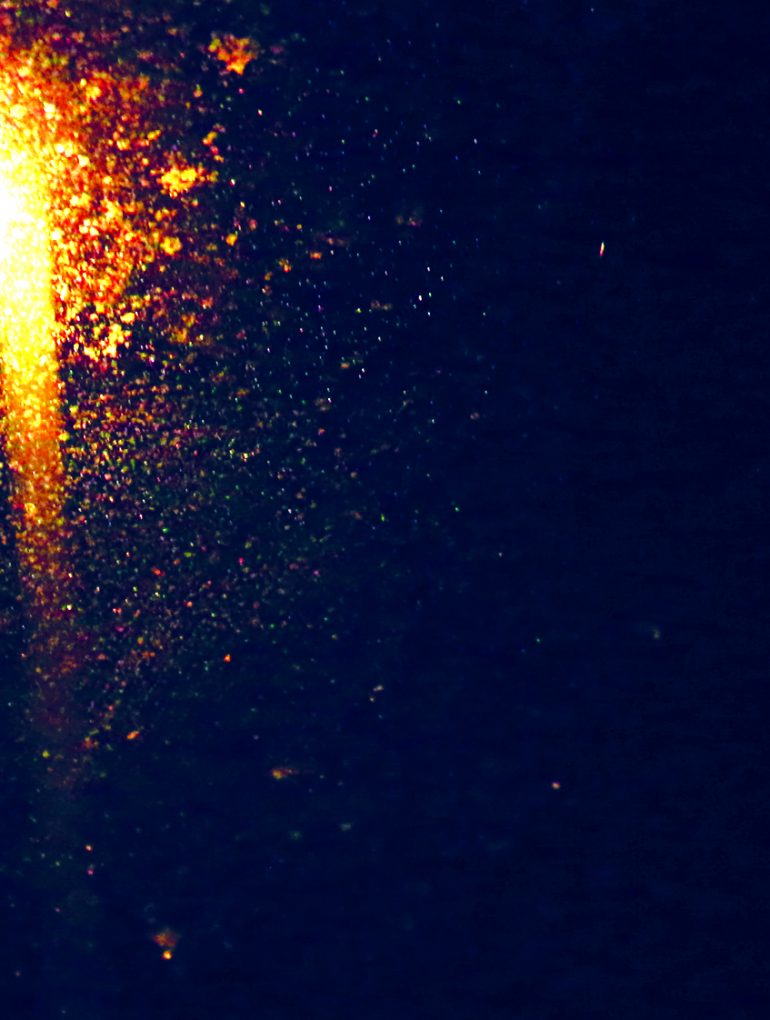 Blue Velvet Lullaby by Phantom Dog Beneath The Moon: “wraps around you like a fuzzy haze”

Rusted Rail artist A Lilac Decline recently released one of the albums of the year in Shelter from the Shadows. We asked the Galway based songwriter to tell us about a song she loves from the west coast…

The shoegaze rock-out in the latter part of this song was probably my most cathartic moment of ever watching a gig in The Roisin Dubh in Galway, and I have been to a few. Blue Velvet Lullaby is the closing track on the album The Statue of the Hunter is Lost at Sea (Rusted Rail 2017) by Phantom Dog Beneath the Moon, who are Aaron Hurley and Scott McLaughlin. The gig I am talking about was the album launch at Citog in the Roisin Dubh back in March 2017. I had heard Phantom Dog play local gigs on several occasions over the years and would describe the music as shoegaze-folk, if such a genre exists. Aaron Hurley’s singing style covers the entire spectrum from hushed incantations to devastating falsetto howls, showcasing his remarkable vocal abilities. The recorded version of Blue Velvet Lullaby has Scott McLaughlin playing drums and bass but due to him residing in Huddersfield, England, while Aaron is based in Galway, a lot of the time Aaron would have performed the band’s oeuvre solo. The Galway launch gig however featured Paul O’Reilly, Keith Wallace and Aaron’s brother Barry on stage with him to create a full band sound.

Blue Velvet Lullaby starts off quietly with a picked guitar put through various effect pedals, with Aaron singing “They want to be in a lunar stream”, perhaps a nod to their previous album The trees, the sea, in a Lunar Stream (Rusted Rail 2010). Then the drums come in and an array of guitar pedals create a swooping shoegaze effect which, especially in a live situation, wraps around you like a fuzzy haze and pulls you into the music. Things quieten down and gentle guitar accompanies Aaron’s wordless singing, but it’s not over yet, the singing turns to howling, a growing crescendo until the other instruments come in again with a blast of energy. The hollering pierces my chest as I listen back to this song. A catharsis that makes me think of 1970’s primal scream therapy and contemporary bottled up anxiety, a feeling that somehow encompasses the way many of us feel about the world right now. Yet the aftermath of the catharsis soothes me, it’s an effect I can’t get enough of! This is a special song that ends the album in style and hopefully a prompt for people to delve deeper into the material of this hidden gem of a band. I want to relive the moment of this song performed live, again and again.

The Statue of the Hunter is Lost at Sea is available from Rusted Rail: https://rustedrail.bandcamp.com/album/the-statue-of-the-hunter-is-lost-at-sea